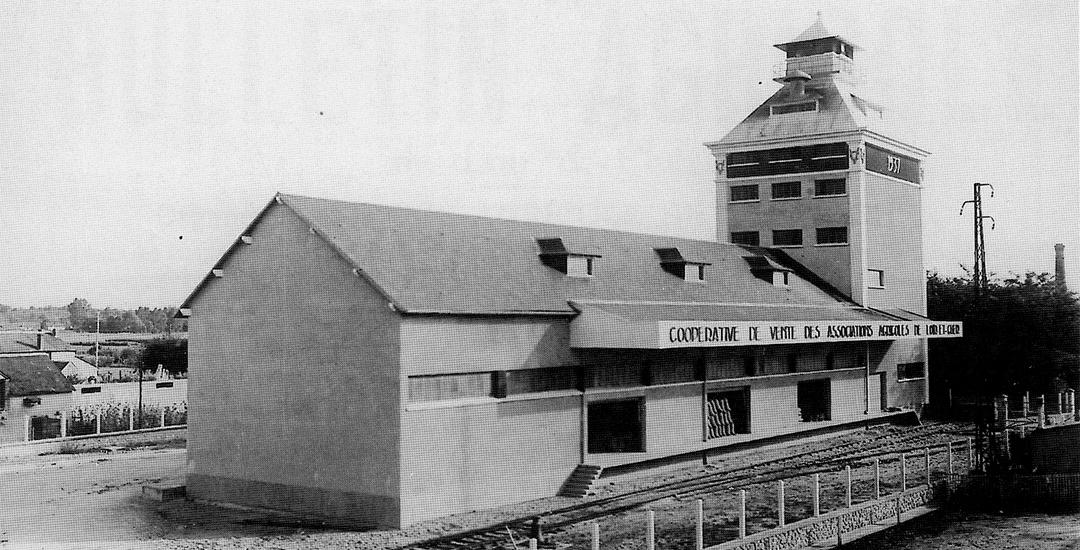 The imposing structure you can see just beside the tracks across from the station is the Onzain silo.
Bearing witness to modern farming activities?
Yes, you might say that grain silos are the descendants of the huge barns of medieval days.
So they count as heritage too?
Yes, the Centre Region’s industrial heritage, Europe’s number one region for cereal production. Grain farming has left its mark on the region’s landscape as well as on its human, social, economic and architectural history.
What are the silos for?
They’re how farming cooperatives centralise storage of cereal products. Farming cooperatives existed as far back as the 12th century, but it wasn’t until the late 19th century that they really came into their own, very much due to the development of farmers’ unions. Farmers realised that they would weather times of crisis better by standing together.
Unity means strength…
Yes, and the government started encouraging setup of cereals cooperatives in 1932; it created the National Wheat Office in 1936.
And the Region made the utmost of the situation?
The Onzain sales depot was actually founded three years earlier and the silo was built in its wake. It was located beside the station as deliveries were made by train as well as by the road to the north. The silo bears the inscription “Coopérative de vente des associations agricoles du Loir-et-Cher, 1937, Union Blois”. Members of the Cooperative are local farmers.
Living quarters were added to house the head of the silo, who’s responsible for reception of wheat, paying farmers, delivery to mills, and storage of fertilisers and phytosanitary products.
And the silo itself – is it made of concrete?
That’s another interesting thing about the building. It bears witness to the use of reinforced concrete in construction – a material that stands up to the pressure exerted by the dozens of tons of wheat amassed inside and so enables bulk storage of cereals. Handling is easier and can be automated.
Is it a monument to the past or is it still in use?
The Onzain silo is still operational; it belongs to the Axéréal Group.

Ecures, the village swept away by the 1856 flood