Ecures, the village swept away by the 1856 flood 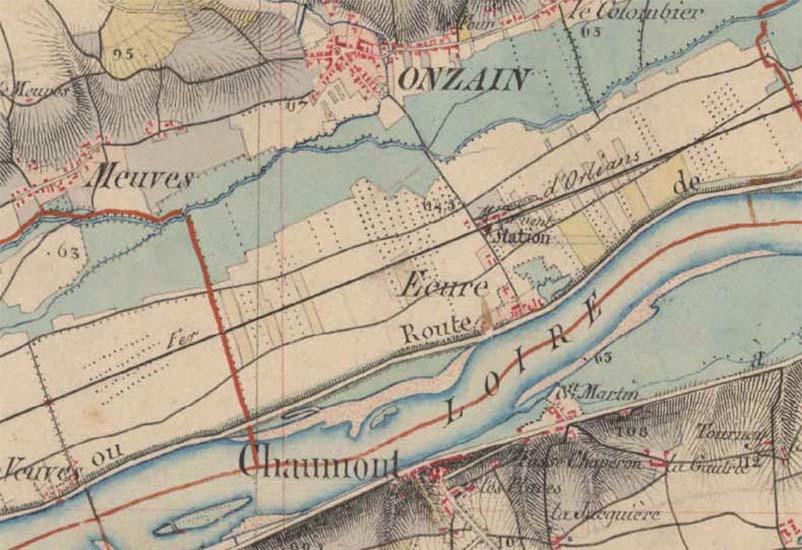 A village built parallel to the Loire on a site occupied since the Neolithic Age, Ecures earned its living from the river until it was destroyed by the flood of 1856. A trading port and river crossing point facing Chaumont-sur-Loire, it was an important stop-off between Amboise and Blois, with a ferry to carry people, goods and livestock across the river, a posthouse, inns and other amenities. The flood broke through the levee at around 8 o’clock in the evening of 3 June. A score of houses, inns and a police-station were swept away. A layer of sand and gravel silt 1.50 metres thick covered La Varenne. The Auberge du Vieil Ecu de France (18th century), the Grand Ecu (19th century) and a few buildings located upstream of the bridge, along with the Auberge du Grand Dauphine (18th century) and the Auberge du Cygne (19th century) downstream survived the flood. The army and the Engineers joined local inhabitants to repair the breach. A commemorative plaque is set into the low wall at the bridge entrance to remind passers by of the disaster. A dual-cable suspension bridge with five piles and a wooden deck was inaugurated on the same spot in 1858. It was damaged by the French and German armies during the war of 1870 and rebuilt in 1873. It was destroyed once again by the French army on 18 June 1940. The ferry was back in service up until 1951, when a Bailey-type metal bridge was built. The present steel and concrete bridge dates from 1967. 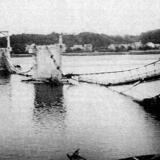 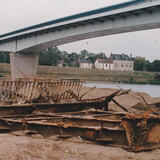 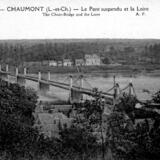 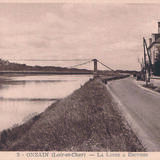 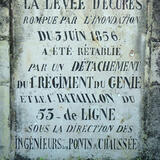 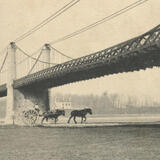