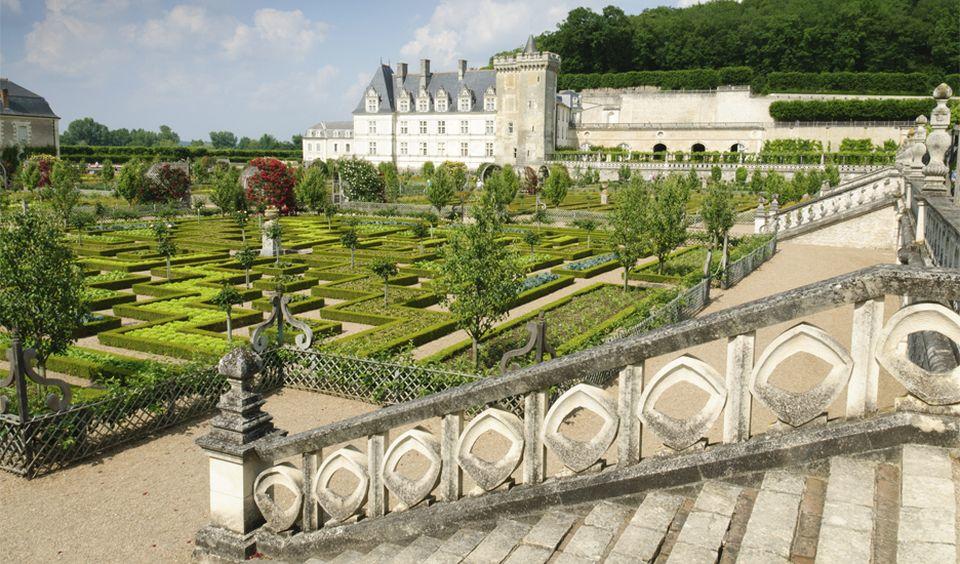 In winter, you can see Château de Villandry to the south of the line, on the hillside bordering the Cher’s left bank. In 1532, when the court left the Loire Valley for Paris, Francis I’s Secretary of State, Jean Le Breton, had Villandry built on the site of Château de Colombiers. When he first arrived there, he had the old fortress razed to the ground with the exception of its keep. The château was modernised in 1754 by its then owner Michel-Ange de Castellane, who considered the Renaissance château to be completely outmoded and had the facades restyled in the classical manner – a look that remained unchanged until the early years of the 20th century. The gardens were also enlarged and modified to give them a pure “French-style” classical cachet. The gardens underwent another dramatic transformation in the 19th century, when the Hainguerlots, who now owned the château, turned them into an English-style romantic park. In the early 20th century, the château was purchased by Joachim Carvallo, who gave the facades back their Renaissance character, filling in the windows that had been added. He drew inspiration from early sources and had the château’s gardens restored throughout – a remarkable and complete return to a 16th-century French-style garden in perfect harmony with the buildings. 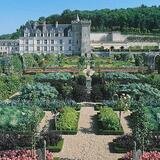 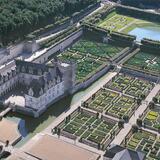