Adapting human labour to make better use of space 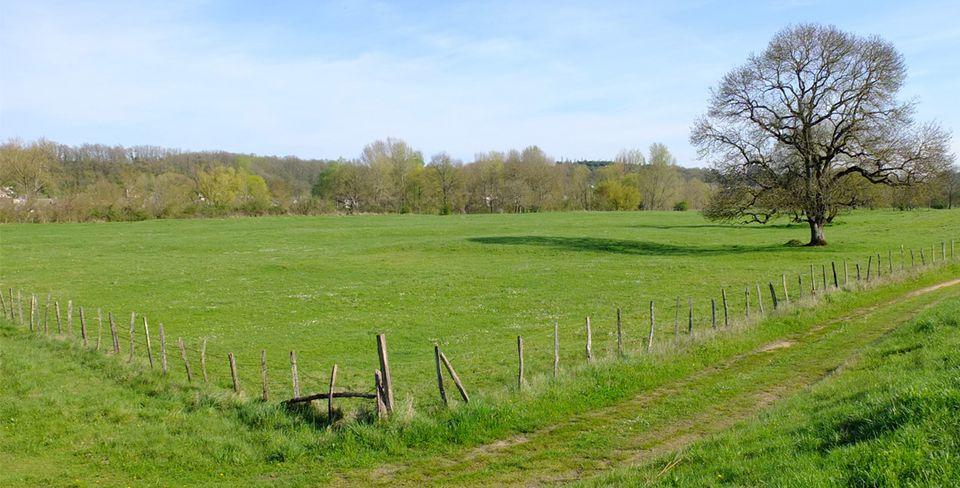 You can see the Berthenay peninsula from the train… Nature seems to have run wild there, yet farming activities on the peninsula date back to the Middle Ages and beyond. A 12th-century barn still stands as testimony to the fact. It was used by the monks of Marmoutier Abbey in Tours to store the crop yields collected as tithes.
The Loire flows through its wide valley, almost at a level with the land itself. It crosses broad plains whose soils it has long enriched with the alluvia it deposits along the way, silt and sand most of all.
The largest and heaviest alluvial deposits stay alongside the river, piling up to form raised banks that are both natural causeways and fertile mounds, ideal for farming out of reach of floodwaters. Below the high banks, towards the hillside, water can make its way along the lateral dip often occupied by one or other of the Loire’s lateral branches or tributaries. Even where riverless, this is long unfarmed floodable wetland. It makes excellent grazing land for livestock, however.
And that’s how humankind traditionally settled alongside the Loire, occupying its high banks and growing wheat, peas and broad beans; and making use of the grasslands to pasture their cattle and other livestock, which provided manure, a little meat, and animal traction; geese were raised there too, for their feathers, as well as pigs, of course.
In the 19th century, when farming really began to specialise, cultivable land was put to use growing the most profitable crops, such as flax and hemp for sailing ships; the railway played a major role in transporting such products. Stockbreeding still served to supply manure, but the activity began to go into decline. Chemical fertilisers and industrialisation of agriculture gradually stripped the grasslands of their use, and many of them disappeared. Those that remain are flood expansion areas and havens of biodiversity that must be preserved.

The Monks’ Barn in Berthenay