The Loire, a natural environment

The biodiversity and ecosystem of the river’s low-flow channel 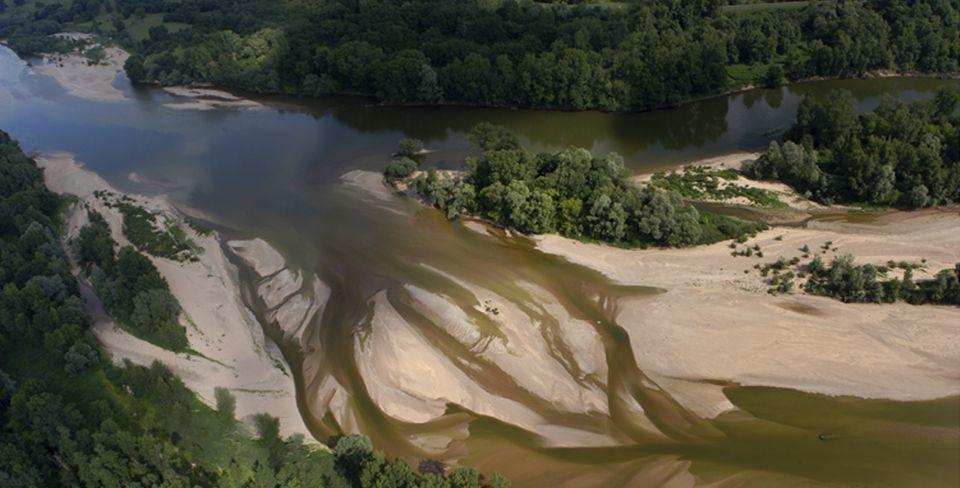 Up until the 19th century, the Loire was a scrupulously maintained embanked and deforested communication route. The arrival of the railway gradually decreased the economic interest of river transport. Farming practices have also changed; nowadays, humankind only meddles with the Loire when in real need: to protect itself against floods and make sure the water level is high enough to cool the nuclear power plants.
“Besides these two extremes, humankind lets the Loire run its course.”
Jean-Pierre Berton, ecologist, specialist in aquatic milieus.
“Humankind takes no part in the process of revegetating the bed of the embanked Loire, so the river does what it wishes at its own pace. This may well explain the present ongoing renaturation, which goes back some fifty years, seeing that the Loire has been heavily anthropized since Roman times.”
But the Loire lives on and remains highly dynamic.
“What do we mean by ‘highly dynamic’? We mean that water levels still vary enormously, that flows vary to an extraordinary degree – from 60 cubic metres a second during the major floods in the 19th century to 8000 cubic metres a second, so there’s also a major sedimentary dynamic, meaning that sand is carried downstream and creates new islands, new seedbeds for pioneer plants every year, and so on. All these physical parameters that are constantly changing are continually constituting or generating large numbers of different habitats, what you might call a mosaic of habitats, which of course accommodate major biodiversity.
So we’re witnessing real renaturing of a part of a river valley – out of the Loire’s 1000 kilometres, a good 600 are undergoing renaturation, giving the embanked bed an extremely wild appearance, giving rise to true alluvial forestland that often masks the view from one bank to the other.”
To such an extent, in fact, that we now envisage cutting windows in this riparian woodland, this bankside forest, so that everyone can appreciate the river to the full.