Between France and Brittany; between the Middle Ages and the Renaissance 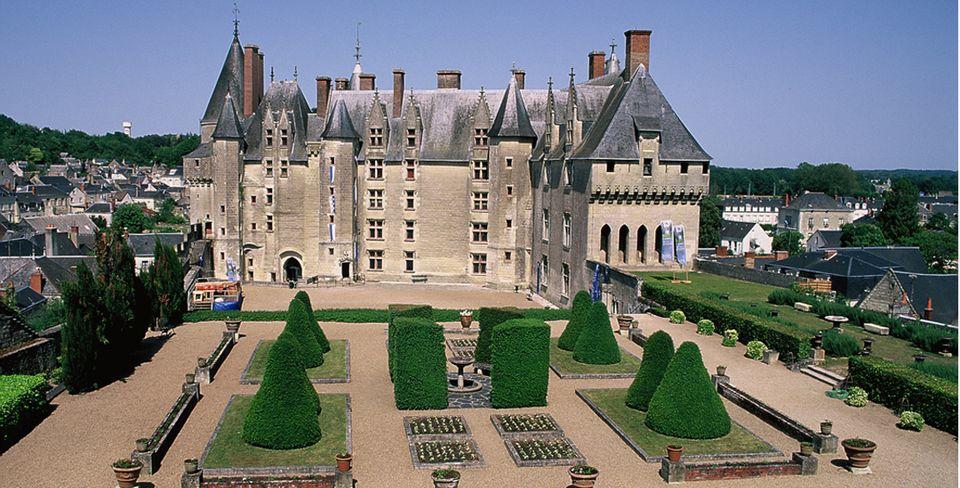 “Langeais is something of an unusual site as it harbours two castles alongside one another.” Sandrine Durand, Director of the Château.
“A 10th-century castle, or at least the ruins of its keep, and a 15th-century castle.”
The keep was put up the Count of Anjou, Foulques Nerra, a great builder of fortresses in the region.
“Foulques Nerra had it built as a defence against the Count of Blois; he built a number of keeps around Tours, including Montrichard, Loches and Montbazon. Langeais was chosen because of its strategic location – set on a rocky spur overlooking the Loire, which was a major trade route in those days.
So Foulques Nerra chose Langeais as the site for his keep, one of the first such edifices to be built of stone.”
5 centuries later, war was still a major reason for building castles but no longer provided the only criteria for their design.
“Let’s jump forward to the 15th century. From the 10th to the 15th, with the castle built by Louis XI in 1465 at a time of transition between two periods, the Middle Ages and the Renaissance. As a result, it has two different façades – very interesting from an architectural point of view. There’s the façade on the town side, a defensive piece of work with drawbridge, wall walk and sturdy towers, and the façade on the garden side, which heralds the beginnings of the Renaissance, with decorated windows, more and larger openings and small towers.”
The castle was part of the royal domain; Louis XI’s son, Charles VIII, held his highly political wedding to Anne of Brittany there.
“On 6 December 1491 at 6 o’clock in the morning, a secret wedding ceremony was performed that led to Brittany becoming one with France.”
“Like most of the Loire châteaux, Langeais’ benefited from the great wave of restorations that swept across the Valley in the 19th century. Jacques Siegfried, a businessman from Alsace, spent 20 years of his life restoring it in the spirit of the late Middle Ages. He continued to amass a collection of period tapestries and furniture up until 1904.”