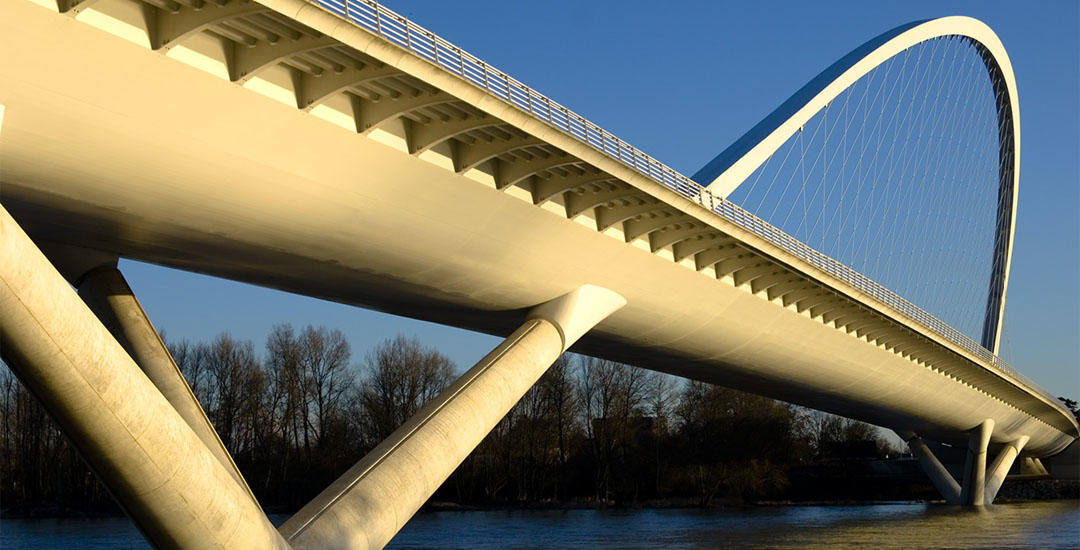 A bridge is a strategic place but also plays a key economic role and is a factor of development.

Orléans has six. The first dates back to the Gallic period and is mentioned by Julius Caesar. The first stone structure from the 12th century is the Pont des Tourelles bridge, which was instrumental during the Orléans siege (1429). Badly damaged, it was demolished during the work on the new Pont Royal bridge, the present-day Pont George V (1748-1763). The Pont de Vierzon bridge was constructed (1843-1847) in order to take the railway across the river, followed by the Ponts Maréchal-Joffre (1903-1905), René-Thinat (1971-1977) and another bridge for the A71 motorway (1986).

The significant increase in the town’s population and the need for communication with the suburbs made the construction of a sixth bridge necessary. Situated to the west of the town centre; the Pont de l'Europe, built between 1996 and 2000, was designed by Santiago Calatrava, the famous Spanish architect.

It is an engineering structure with a “bow-string” arch, made of steel and concrete. The bridge is supported by two tripod columns made of concrete fixed in the riverbed. A tilted steel arch rises above the floor of the bridge; extending the orientation of the two branches of columns visually. The whole structure is held together by a complex interplay of forces controlled by taut cables between the arch and the bridge floor. Its dynamic silhouette and fine, elegant lines endow it with aesthetic and sculptural worth. This engineering structure enriches both the heritage of the town and that of the Loire Valley, adding an innovative and contemporary touch. 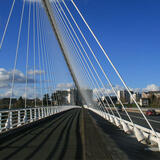 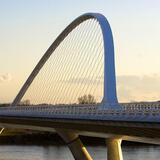