The town of Orléans 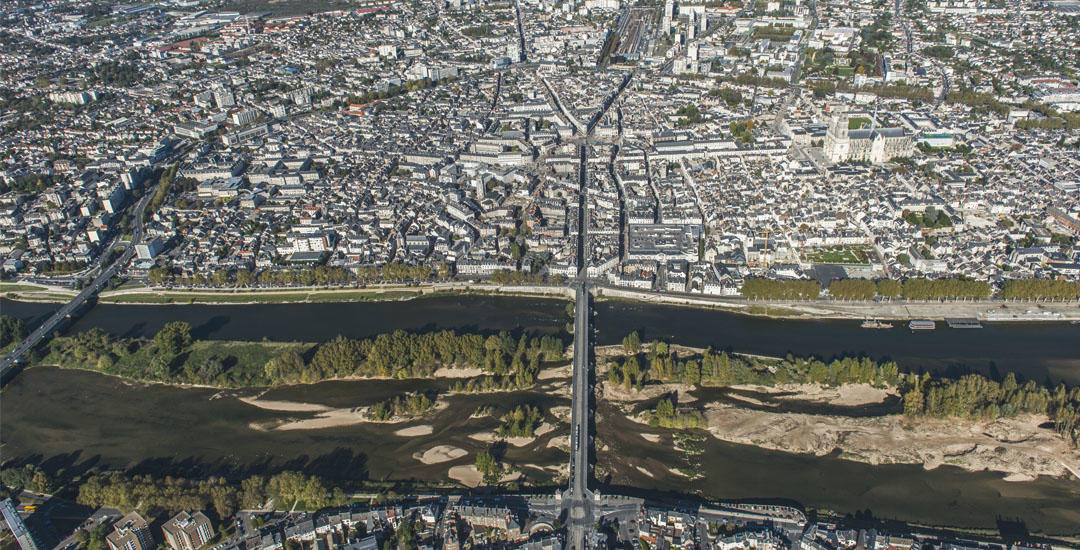 ﻿The town of Orléans
Let’s discover Orléans with Virginie Boyer, Head of the Ville d'Art et d'Histoire (Artistic and Historic Towns) department in Orléans.
Orléans was a very important Gallic town for trade found on the north bank of the River Loire with a bridge to help people cross. In the year 52, during the Gallic war, Julius Caesar crossed the bridge at Orléans and mentioned it in his writings. This thriving town on the banks of the River Loire continued to trade thanks to the conduit of the river. Development continued on the north bank; whilst on the other side of the river, on the left bank, development did not begin until medieval times. The marshes would need draining before establishments, mainly to do with agriculture and horticulture, could be set up. The exportation of these goods would bring riches to Orléans. As you can see, the town is strongly orientated towards the Loire; a trading town which makes the most of the River Loire, with numerous entrances through the town wall to the river.
Doors and posterns gave access to the quays and there were access ramps for loading boats. From the 18th century, sugar and other exotic goods came up the River Loire from the colonies, by way of Nantes, which would also add to the town’s wealth. So there were two ports in Orléans. One was upstream of the Pont royal bridge, which would be constructed from the 18th century. This upstream port was reserved for goods going towards the Atlantic; whilst all the goods going inland passed through the downstream port. Rivercraft thrived during the 19th century; there were hundreds and thousands of boats on the River Loire- 70,000 travellers per year mainly passing through on steamboats. Yet all this trade and travel on the river would collapse with the arrival of the railway in 1843.

Leisure activities and the Loire

Joan of Arc and the Loire