On the right bank of the River Loire, to the south of the railway line, we find Beaugency which began as a small, independent lordship, a neighbour to Blois Township… and became a prosperous city of the Middle Ages. 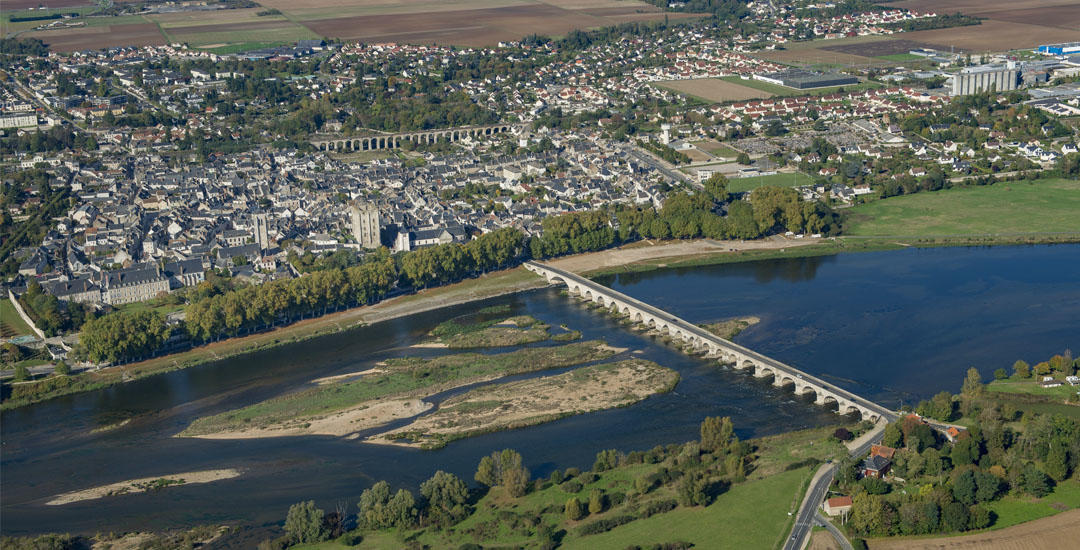 ﻿The town of Beaugency
On the right bank of the River Loire, to the south of the railway line, we find Beaugency which began as a small, independent lordship, a neighbour to Blois Township… and became a prosperous city of the Middle Ages.
Beaugency is a historic town as shown by the monuments that you can see from the train. An enormous rectangular keep prevails over the town centre. It has been there since the 11th century. Now it’s a ruin as it was burned down during the Wars of Religion in 1568 and has never been rebuilt. We can also see the clock tower which is as old as the keep, and which used to be part of the town’s first ramparts. East of the keep is Château des Dunois dating from the Hundred Years’ War. Notre-Dame Abbey Church, from the 12th century, completes the collection of monuments. This is where, in 1152, a religious council met and annulled the marriage of Louis VII and Eleanor of Aquitaine. This is significant as then Eleanor went on to marry Henry II Plantagenet, King of England and provided him with vast territories which was one of the origins of the Hundred Years’ War.
During the 16th century the town gained a town hall, a real treasure in the Renaissance style which continues to function today… it’s also one of the rare examples of civil architecture in an urban setting from this period to be found in the region. Beaugency also has a bridge, Pont de Beaugency: it’s said to be the oldest and longest in the middle section of the River Loire. There has been a bridge at this site since as early as the 12th century. Since this time, it has undergone many trials and tribulations: floods, damage from debris and ice, destruction, and reconstructions. This bridge is protected as a historic monument, and it etches the history of mankind, their techniques and the Loire into the landscape. Finally, the railway arrived in 1846 and put the finishing touches to Beaugency’s heritage with the addition of a viaduct with 24 stone pillars, to the north of the historic town.