The city of Blois

An amphitheatre overlooking the Loire, the result of several periods of construction 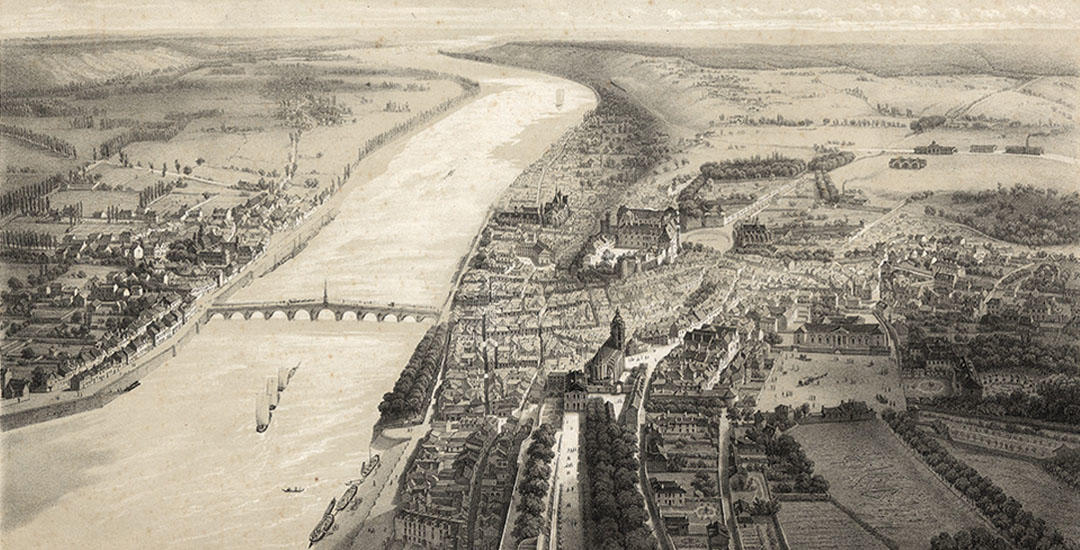 ﻿ The city of Blois

When you arrive at Blois railway station, the heady aroma of chocolate may no longer linger in the air as it did in days gone by, but the wrappings are still there so to speak! The present university centre is housed in the factory once owned by Auguste Poulain – a native son who well understood how important trains were to his business’s economic growth and set himself up as close as possible to the railway in the mid-19th century.


“That changed the city’s orientation somewhat, as up till then the main trade and communications route was the Loire.”


“And the railway, which was built along the plain as there was no other place for it, was to bring about a change in the city’s epicentre, and that’s what’s interesting about Blois’ layout. It’s a city with its downs and ups, nestling in a valley between two spurs, one topped by the château and the other by the present Saint-Louis Cathedral – it looks just like an amphitheatre on the Loire, really quite impressive.
And finally, the city’s an agglomeration of styles from a succession of eras. You might say that such-and-such a city is a Renaissance city or a medieval city, but when you get to Blois it’s impossible to say whether it’s a medieval city, a Renaissance city or a modern-day city, because there’s something of everything here. Right up to the reconstruction that took place in the 1950s. It’s a city built in the image of its château.”


Like the city, Château de Blois is also a mixture of styles.


“An imposing castle was built here in the 9th century, at a time when the Count of Blois was almost as powerful as the King of France. This glorious medieval past – a lengthy one as it lasted well into the 14th century – has bequeathed us the State Room and the Foix Tower. And then there’s the Louis XII wing whose brick and stone architecture dates back to the very beginning of the Renaissance. And then again, there’s the Francis I wing, testimony to the dawning of the French Renaissance. And finally, there’s the classical wing built for Louis XIII’s brother, Gaston of Orleans. Château de Blois’ greatest strength, the main reason it’s really worth visiting, is that it makes a first-rate didactic and educational tool for understanding all the architectural styles that developed in the Loire Valley.”