Interpretation of the landscape using scientific means has existed for several decades, and it’s particularly carried out by the archaeological analysis of the different parts which make up this landscape. 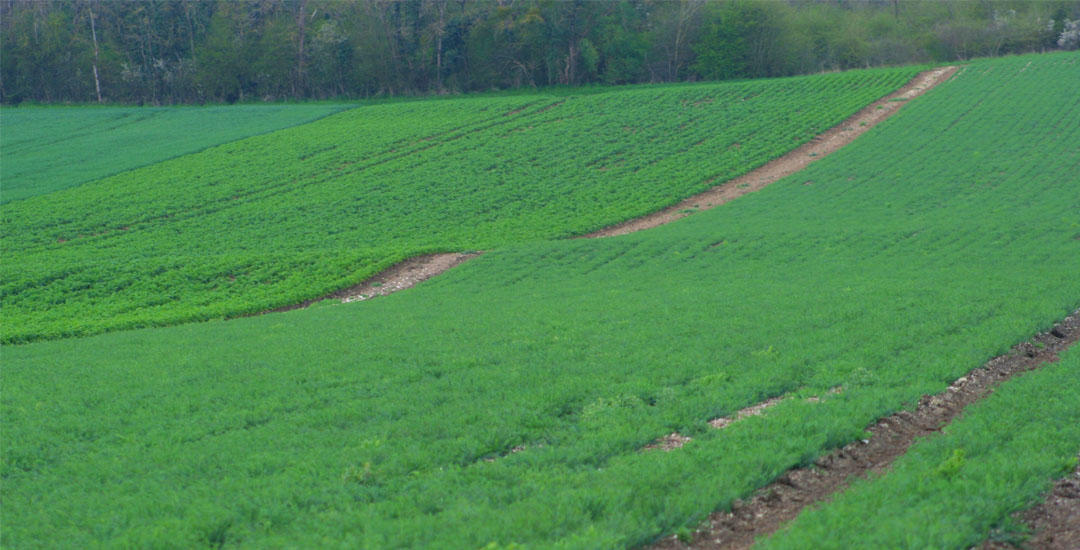 ﻿Several thousand years of agriculture
Interpretation of the landscape using scientific means has existed for several decades, and it’s particularly carried out by the archaeological analysis of the different parts which make up this landscape.
In the Loire Valley for example, in-depth studies have been carried out, in particular between Suèvres and Beaugency, and there are a number of clues which point to a several thousand-year-old history of human activity. North of the railway from Suèvres to the Orléanais region, on the Petite Beauce plateaus, there are traces of Celtic human activity.
Archaeologists have discovered a whole system determined to be at least 2,200 years old: roads connecting numerous farms – villae – and the remains of a clear grid-pattern of agricultural plots; large-sized plots that weren’t enclosed, when, later, the Gallo-Romans (contrary to the Celts) developed rectangular enclosures surrounded by hedges. Since the 1950s, researchers have been trying to understand the origin and workings of a distinctive type of field demarcations, which are very prominent, even to the naked eye. They’re furrow faces or “ackerberg”. At the edge of each plot, at the end of the furrow, the earth is piled up. But why?
Two hypotheses: either that’s where the farmer cleaned his plough, or else it was just caused by the movement of the horse and cart which pushed the earth back to this point. The result is banks, raised up by several centuries of ploughing. These banks became tracks… allowing the famers to access isolated plots without stamping on the other crops. They have several names: tournières in the Loire Valley or têtières in the Beauce region; the banks can reach up to one metre in height and their length varies considerably.
Modern farming machinery and the regrouping of lands into large plots destroyed many of these tournières, but you can still see a few in the fields, especially with the help of thermal exploration technologies or aerial photographs. Their straight lines, perpendicular to the roads, mark the landscape and are evidence that it has been used for thousands of years; they are the last clues of a previously unsuspected way of life and communication system.