Château de Ménars and its park

At Ménars the train follows the estate walls of one of the largest châteaus in the Loire Valley. 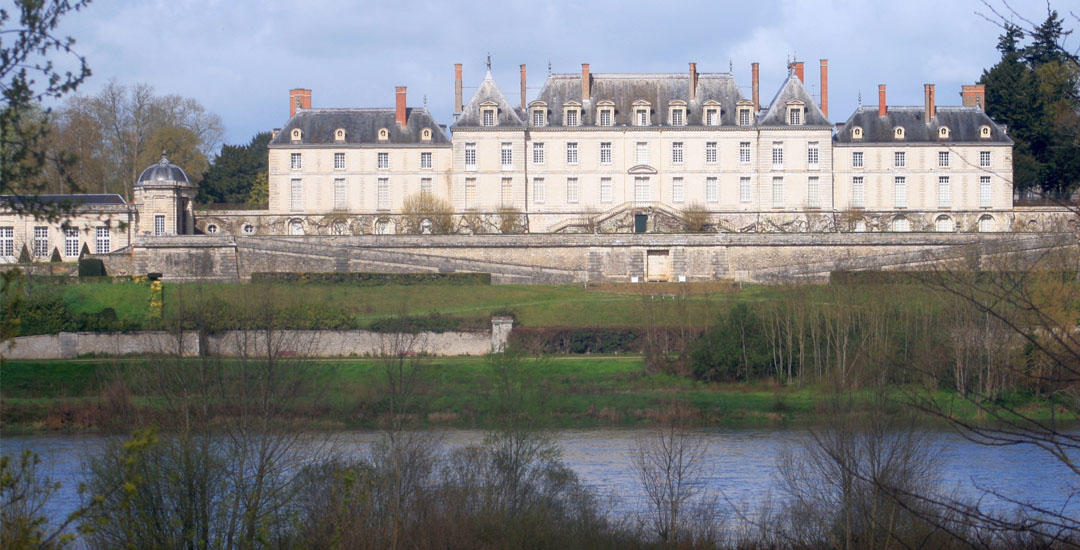 ﻿Château de Ménars and its park
At Ménars the train follows the estate walls of one of the largest châteaus in the Loire Valley. Situated on a hillside overlooking the River Loire, in the middle of a wooded park, its garden terraces continue down to meet the water. It was created during the 17th century and is remarkable in many different ways.
Firstly, because it belonged to Madame de Pompadour, only for 4 short years… but from 1760 to 1764, she transformed this château, and entrusted it to the care of the prestigious architect, Anges-Jacques Gabriel. That’s another interesting thing about the site: it carries traces of great architects! Anges-Jacques Gabriel was King Louis XIV’s architect and his style is of course Classical! In particular, his work includes the École Militaire, Place de la Concorde in Paris, and also the Petit Trianon at Versailles, designed for Madame de Pompadour. He added symmetrical pavilions and wings to Ménars and was also responsible for the interior design: his addition of wooden panelling and art works have helped to make the château’s reputation.
Madame de Pompadour’s brother, the Marquis of Marigny, head of the King’s buildings, brought in another architect: Jacques-Germain Soufflot, the architect of the Panthéon in Paris. He decided to break with the Italian tradition of having flat roofs and instead crowned the pavilions with roofs in the French-style. The garden kept its Classical design but he added monuments, sculptures, pavilions and ornamental trellises. Soufflot also had a “Rotunda of Abundance” built along with fountains in a style reminiscent of Ancient times.
In 1770, a route royale was laid out through the middle of the château’s wooded park... and from 1843 the Orléans-Blois railway was found here. So you’re crossing the vast estate of the Madame de Pompadour, which was several hundred hectares during her time! Since, Ménars has had several private owners, such as the Saint-Gobain company during the 20th century. Its regularity and the dignity of its facade and the views of its garden make it a model of Classicism. These remarkable views connect the estate and the landscape. The respect and preservation of these aspects are key considerations for the Loire Valley.

Cour-sur-Loire and the revival of the ferry