Traces of royal occupation in the 15th and 16th centuries 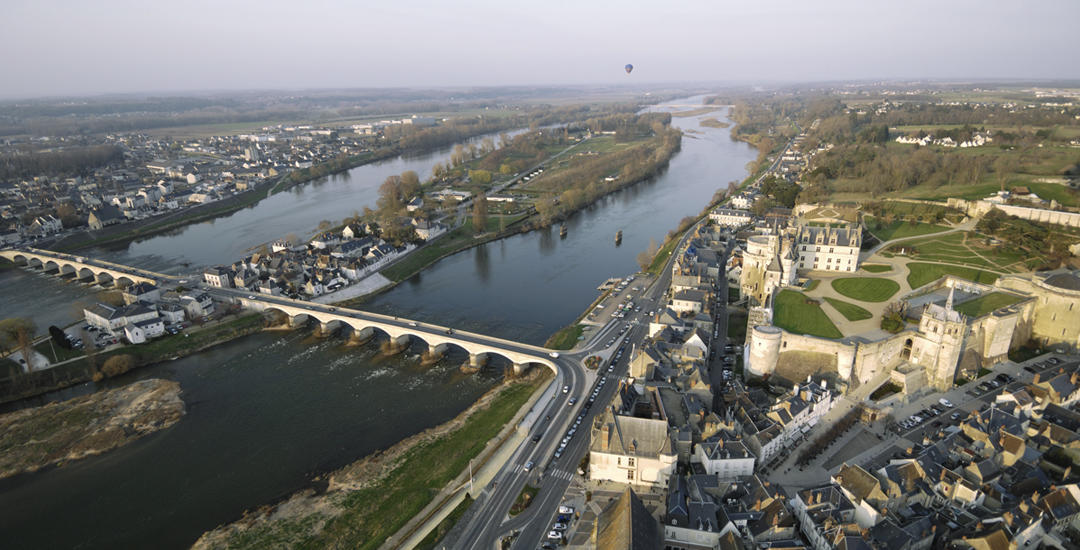 The city of Amboise lies at the confluence of the Loire and the Amasse, occupying both banks of the river and set between two hillsides.


Evidence of prehistoric human occupation has been uncovered on the site. The Gallo-Romans founded a hillside town there and, in the Middle Ages, the lords of Amboise built a fortress on the tip of the rocky spur. Located on the great north-south and east-west routes, the city became a stop-off for a good many travellers and pilgrims, as is borne witness to by its rich agricultural and industrial past.


What first strikes you when you come upon Amboise is the majesty of its château – which should come as no surprise, as it bears the royal stamp.


It was Charles VII first of all, who confiscated the city from its lord, Louis d’Amboise, in 1434. He accused the latter of plotting against him and also got his hands on Montrichard.


The fortress, which was surrounded by a forest ideal for recreation and hunting, became a royal residence. There were a number of advantages to the city’s location that added to its attraction: you could oversee the Loire’s river traffic from Amboise, which lay at the crossroads of major communication routes, and the city also had a port. Standing on a well-secured site, the château became the royal children’s preferred residence; it also contained a bookshop and highly prestigious library to cater for their educational needs.


Extensively rebuilt by Charles VIII, it became the first Italian-inspired château to grace the banks of the Loire, an expression of the progressive submission of gothic architecture to the ideals of the Renaissance. Francis I left his mark during the time he spent there by introducing the concept of the court. He brought in numerous artists, along with Leonardo da Vinci, whom he housed at Clos Lucé. The Royal Court’s presence in Amboise influenced the city’s layout and decoration.

The residences on the northern hillside