A promontory disputed throughout its history 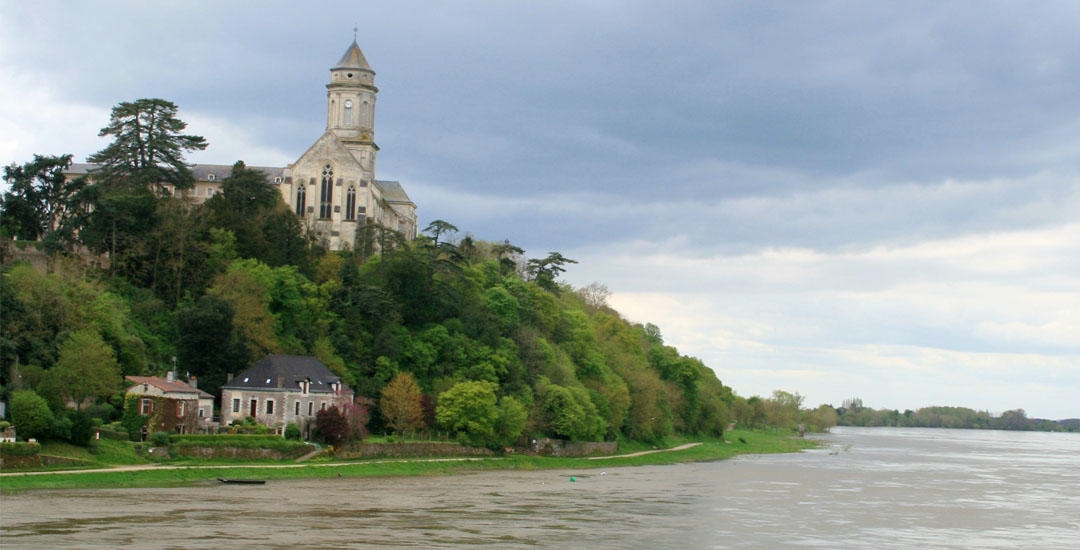 To the south of the railway line, on the left bank of the river, the silhouette of Saint Florent le Vieil overlooks the landscape.
Jacques Boislève, a journalist, will now share Saint Florent’s rich past with us.
It’s a long history as it virtually goes back to the end of the Roman Empire. Saint-Martin, the well-known bishop of Tours, gave Saint-Florent, who came from the Danube region, the mission to go and convert the west of France by travelling down the River Loire. So he set himself up as a hermit in Saint-Florent. Then, nearly two centuries later, Saint-Mauront built a monastery on the relics of Saint-Florent. Yet, it was around the 6th century when the true history of Saint-Florent actually began with a great battle at the foot of Mont-Glonne where Charlemagne triumphed.
From that moment on, Charlemagne became a sort of protective figure for Mont-Glonne. In the church there is therefore a very beautiful stained-glass window to the glory of Charlemagne, which recounts the whole history of Saint-Florent. The Bretons burnt down Saint-Florent, destroying it, but Saint-Florent was immediately built up out of its ruins. Immediately after this, the Normans arrived by the River Loire. They settled on Ile Batailleuse for the long-term, which, incidentally, owes its name to the Normans. Thus the Normans pillaged and burnt down the prosperous Mont-Glonne abbey once more.
The monks fled and they would take refuge in Burgundy with the Saint’s relics. In around 1035, Fulk III, Count of Anjou, of the west, came back to rebuild another Angevin border. It was then that he constructed Saint-Florent-Le-Vieil, a first watchtower, on the former Saint-Florent. There was another watchtower at Montfaucon, one at Montrevault and one in the Cholet region – so it was around the year 1000 that Anjou took on its current layout and Saint-Florent recovered its monks and other defining features. To avoid any dependency on the Bishop of Angers and gain as much independence as possible from on the Count of Anjou, the monks convinced the Pope to make the territory exempt. The abbey was destroyed once again during the War in the Vendée and rebuilt during the 19th century. Saint-Florent was also the last place of residence of Julien Gracq, a great author, who spent the last part of his life there.