A witness to an age-old history 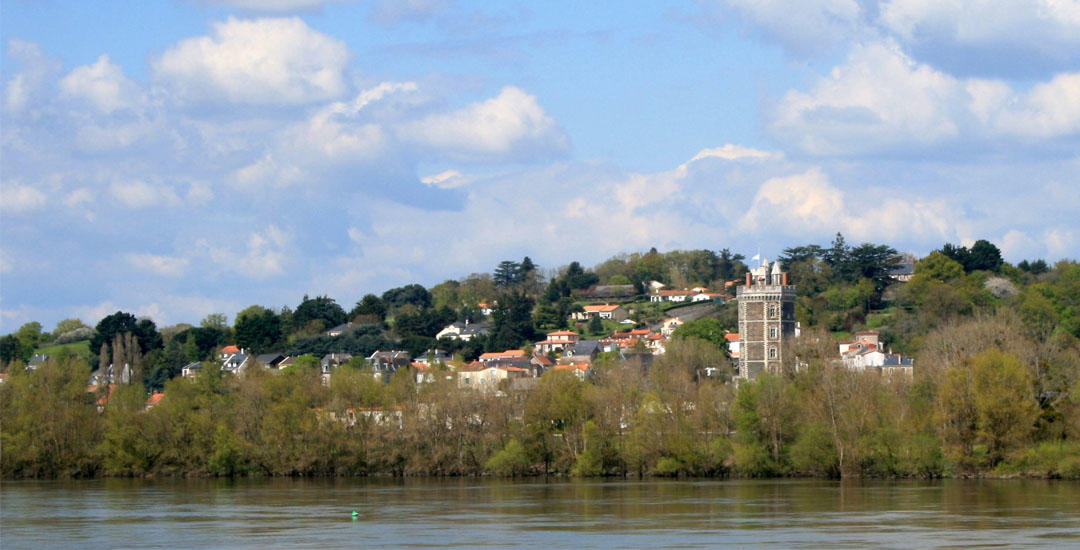 The small town of Oudon is on the right bank, on the edge of the River Loire.
It’s a stronghold, owing to the geography of the region: from here the River Loire’s passage is more constricted and forms a passageway between the hills. In order to control this passageway the first château, the Vieux-Court, was constructed even before the year 1000… two kilometres to the north. But the town of Oudon was built here, on the former frontier zone between the Kingdom of France and Brittany, facing château de Champtoceaux on the Anjou side. The first town centre developed at the foot of the spur around the port and the toll station, along the riverbank, sustaining itself through trade. Up above the town, a first château was built at the beginning of the 12th century. It would be of considerable interest during the battles between the English and the French, and was subject to multiple sieges.
The Malestroit, people of note and importance in Brittany, ended up buying it and rebuilding it from 1392. The keep – la tour d’Oudon, at the centre of the château – dates from this year. It remains a key feature of the landscape. The enormous 8-sided keep, with five floors, at around 40 metres tall, is surrounded by ditches and an independent wall reached by a drawbridge. Despite its size, the tower is elegant, with different coloured building stones: shale, granite and tuffeau stone. The machicolation, crenations and turrets aren’t at all medieval; they date from a restoration at the end of the 19th century. The history of the Malestroit family came to a sorry end during the reign of François I. The Lords of that time, Jean and Julien, were accused of counterfeiting. They were sentenced; their goods confiscated and resold.
The château lost its strategic role during the 16th century, when Brittany was unified with the Kingdom of France. Sold again after the Revolution, the site was subject to many demolitions before the tower was listed as a historical monument in 1866. As for the town of Oudon, it continued to develop during the 19th century on both banks of the small tributary of the River Loire, called le Hâvre. The houses are scattered across the hillsides, highly adapted to wine-growing, and a train service came to the town in 1851.