Prototyping and repetition to find the right formula

The city of Mantua introduced a series of regular actions in schools, from nursery to upper secondary level. It wanted to offer something new to involve young people (teenagers in particular), and local officials also wanted to find somewhere “outside the office” to raise awareness among the public. In December 2014, the City decided to carry out an experiment by opening temporary premises in a city centre shop with a window looking onto the street. After repeating the experiment several times, the City finally came up with a model for a permanent “third place”.

In 2014, the “third place”, open from Tuesday to Saturday, was run with the help of a youth association. This provided an opportunity to test out a children’s area there, with a chronological frieze and a workshop on joint design of a city square, with kids getting passers-by in the street involved by means of questions and games.

The experiment was renewed and extended from December 2015 to May 2016 in a new “third place”, which also hosted brainstorming sessions with sociocultural associations.

One of the activities carried out was the “Map of the heart”, an emotional map of the city, based on young people’s interviews with its inhabitants and then experienced in the form of a guided tour.

The City is repeating the experiment again this year (September 2016 to February 2017) in new premises still coupled with presence in the street, and with the idea of tackling monthly themes. Activities include the interactive window, in which passers-by can “like” writings posted in the window by attaching heart-shaped stickers to them (the same idea as Facebook “likes”) and a 3D printer to re-create heritage items in small format to be handled by the blind.

After the experiment had been repeated several times, the City finally came up with a model for a permanent “third place” combining (among other things) a tourist information centre, discussion and collaborative work between and with associations and inhabitants, information on urban projects, and an interpretation centre. 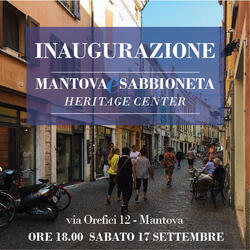