Coordinated by UNESCO and involving various Loire Valley stakeholders, this project, conducted between 2007 and 2011, was aimed at helping local communities to take greater ownership of municipal water management and therefore the impact of these projects on efforts to combat poverty. Support for consideration of the socioeconomic and cultural practices associated with the river is one of the specifics of the initiative.

This project was one of the initiatives selected for the EU’s ‘ACP-EU Water Facility’ programme launched in 2004 with funding from the ninth European Development Fund. This Facility, aimed at the developing countries in African, Caribbean and Pacific (ACP) regions, was set up to address the need to mobilise additional resources as well as the need to work directly with those countries worst affected by a lack of access to drinking water and basic sanitation.

The aim was to encourage the roll-out of water and sanitation infrastructure and to improve water governance and integrated management practices of water resources in the ACP countries, by helping them to plug funding gaps. .

Coordinated by UNESCO for the River Niger in Mali, the project aimed at fostering improvement of the technical, institutional and consultation competencies of local authorities alongside the river.

Implementation of the action relies on the existing decentralised cooperation agreements between the authorities alongside the River Niger and the French local authorities, particularly those located beside the Loire, which had forged a Loire-Niger partnership in 2005. The local authorities and specialist institutions (including Loire-Bretagne Basin agency) would lend methodological and technical assistance to the Mali institutions, municipalities and local authorities across the various strands of the initiative.

Mission Val de Loire’s action involved helping to initially define the project and the pilot activities in Mopti and in its Region, and bore on the research & training aspects: organisation of water management and heritage management modules as part of University of Bamako’s “Decentralisation and Engineering of Local Development” course. 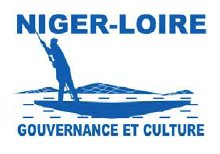