The wreck, the river and the land (L’épave, le fleuve et le territoire). An interpretative site for the landscape helping re-establish the links between Langeais and the Loire

On 5 March 1795, the second barge in a string of six travelling on the Loire sank near Langeais. Rediscovered in 2015, this wreck provides clear evidence of the importance of the Loire as a major river route, with the town of Langeais being closely linked with the river until recent changes. But as well as adding to the wealth of history of navigation on the Loire, the story of the barge also highlights the dynamic nature of this river, tranquil at low water and fierce in full flood.

The feasibility study for an interpretative site focused on the sunken barge led initially to work to reconnect the centre of Langeais with the River Loire. Following this, the area under consideration was extended beyond the enclosed riverbed to include the extent of the floodplain. This made the interpretative site into a transversal route from the Langeais hillside to the opposite hillside, at Lignières-de-Touraine, and including the municipality of La Chapelle-aux-Naux on the floodplain.

This extended scope makes it possible to reveal the various components of the Ligérien landscape. The project has thus been designed to showcase the hydraulic structures installed to regulate water flows, such as levees and channels. It is also focused on the traces left as the river has evolved over time and which now constitute the wealth of the floodplain. It also reveals the routes that have been adapted to the seasonal nature of the wider Loire, thus highlighting the contrasts between this changeable and unstable landscape and the permanency of the infrastructures located in it. 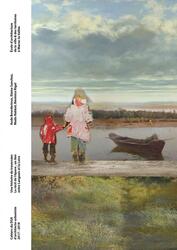