During summer 2017, the Centre-Val de Loire Region was affected by blue-green algae contaminated water, resulting in the poisoning and death of dogs that had swum in the rivers (the Cher and the Vienne) in the Centre-Val de Loire region and in Maine-et-Loire (the Loire). As a result, several areas where swimming is usually supervised and permitted were temporarily closed by prefectural decision. In Maine-et-Loire, fishing for consumption was also banned during the contamination period.

Blue-green algae are micro-organisms which can be found in fresh water (bodies of water, rivers), in particular stagnant water. In certain conditions they multiply abnormally and are then likely to produce vast quantities of toxins which can cause health problems in humans. Children are more vulnerable to risks.

To find out about the main symptoms and preventive measures visit: 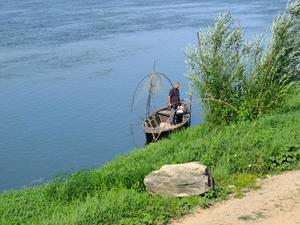