2019, 500th anniversary of the Renaissance in the Loire Valley

The Centre-Val de Loire Region is set to host a dazzling array of cultural activities this year to commemorate the 500th anniversary of the Renaissance in the Loire Valley. Over 500 events are planned throughout the year in celebration of this territory which illustrates the influence the Renaissance ideals have had on thought and creation in Western Europe.

In 2019, the whole of the Centre-Val de Loire Region will be moving in time with the Renaissance, or more exactly, “the RenaissanceS”. Keen to celebrate the 500th anniversary of the death of Leonardo da Vinci, the beginning of Château de Chambord's construction and the birth of Catherine de Medici, the Region is pulling out all the stops (certifying projects, getting major heritage and cultural sites in the region on board, travelling digital show, appointing national celebrity Stéphane Bern as ambassador, etc.) in an effort to showcase the territory's rich history.

An action-packed programme is shaping up this year on four main themes: science and innovation, art & culture, history and heritage, lifestyle and good food. This anniversary is therefore an opportunity to think afresh about the Loire Valley's legacy for sustaining it in the future and imbuing it with a new Renaissance.

More than 500 events will be taking place across the Region's six départements. You can find the full programme of the 500 years of Renaissance(S] on the website dedicated to the festivities:

Mission Val de Loire, which is responsible for managing and promoting the Loire Valley's listing as a Unesco World Heritage, is contributing to this event by offering up a “portrait of the Loire during the Renaissance”. The aim will be to give the general public a chance to imagine what the Loire and its banks might have looked like during the Renaissance. And, in this way, to realise the ongoing continuity of a relationship with the river forged slowly and patiently over time, which also explains why the landscapes of today lay the foundation for the landscapes of tomorrow.

The criteria underpinning the Loire Valley's selection as a Unesco World Heritage include the following: "Be an outstanding example of a type of building, architectural or technological ensemble or landscape which illustrates (a) significant stage(s) in human history".

The landscape of the Loire Valley, and more particularly its many cultural monuments, illustrate to an outstanding degree the ideals of the Renaissance and the Age of the Enlightenment on Western European thought and design. 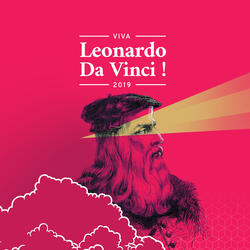