Tuffeau, a stone that almost works itself

A soft limestone rock omnipresent in the Loire Valley 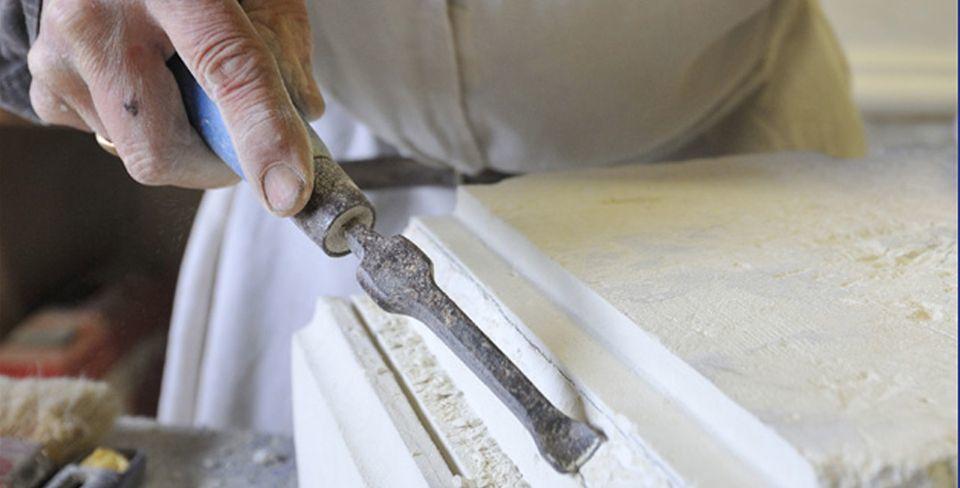 The Loire Valley’s houses and châteaux generally owe their creamy white colour to tuffeau, a stone whose properties lent themselves to creations of extreme finesse, the ornamentation typical of Renaissance architecture in particular. This extraordinarily fine limestone formed from 90 million-year-old marine sediments is still much appreciated today by such craftspeople as Thomas Godefroy, stonecutting trainer at Saumur’s Maison des Compagnons de Devoir and a Compagnon himself.
“It’s a particular soft stone compared with other kinds and it’s not too hard to rework, which means that buildings are often restored and keep their appeal. There are banks of different shades of colour and varying degrees of hardness as well. A bank is a part of a quarry made up of several layers and several qualities of tuffeau, and so you can choose this or that depending on what you’re going to use it for. Mouldings, facings, sloped stone facings and so on.”
What strikes you most about tuffeau is its smoothness, its velvety feel, more like a fabric than a mineral; its colour can also vary depending on its composition.
“There’s iron oxide which colours it, changes it a bit. You sometimes see slightly orangey sections of façades standing out from the rest.”
Tuffeau stone has mechanical properties in addition to its aesthetic appeal.
“It’s lighter because it’s not so dense, so it’s easier to handle on building sites. It’s easy to dress, it’s soft, certainly, but you need a light touch to create things without it fragmenting.”
You need wooden-handled tools to work tuffeau, like the “chemin de fer”, a sort of plane used to create mouldings. Together with slate, tuffeau makes up the two-toned harmony of the Loire Valley’s towns and villages.