The Authion Valley, a human creation

The river’s floodplain, ideal for development 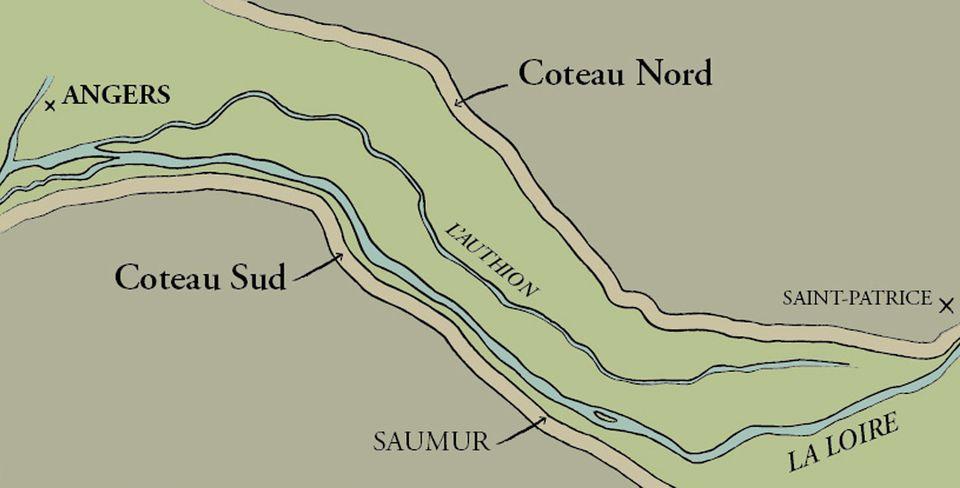 This is where the railway line crosses the Authion Valley. The Authion is a tributary of the Loire, which it follows for fifty or so kilometres along the foot of the Baugeois plateau.
The wide plain stretching between the Loire and the Authion is extremely fertile thanks to the alluvia constantly deposited by the two rivers.
Regular overflowing on the part of the Loire has fashioned hollows and bumps here, little hillocks known as “montils” that acted as sites for the earliest settlements, putting them out of reach of floodwaters. The Authion’s meanders also played a part in shaping the valley’s relief.
Here, towards Bourgueil, the Authion Valley’s soil is more pebbly and sandier than it is to the west; sediments are coarser, montils are higher, and the land dries more quickly, which is why the southern hillsides soon began to accommodate vineyards. Previously, almond trees were planted at their feet; they require the same conditions as vines do, and were occasionally used to stake them. There were also peach trees and liquorice plants, a bit like in the South of France.
Up above, on the Baugeois plateau, poor soil - moorland and, above all, forestland - served as a source of wood.