A Loire Valley town between promontory, confluence and crossing 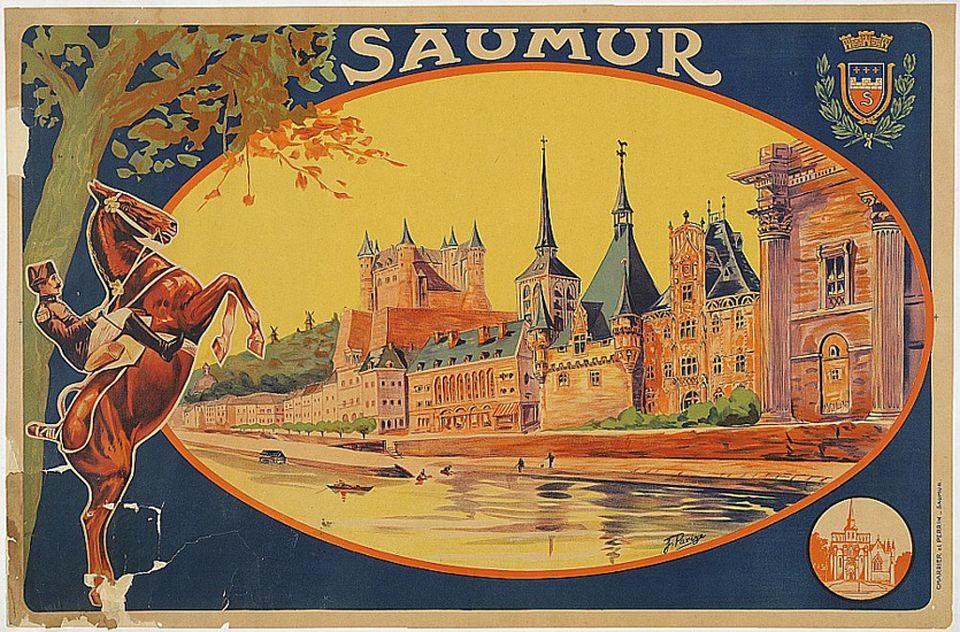 In many ways, the city of Saumur is a typical Loire-side town. Its development over the centuries has been guided by the uses its inhabitants have made of the river.
“The city’s history shows that its inhabitants sometimes had to be wary of it and sometimes rely on it.”
François Vergin, Heritage Facilitator in Saumur.
“And that’s what explains the town’s origins, as the earliest inhabitants who settled in Saumur were monks, who founded their monastery on the rocky spur where the castle now stands. And the city developed on a site that was as dangerous as it was favourable - the confluence of the Loire and the Thouet. Favourable, of course, because there’s a plain at the foot of the spur and dangerous because it was prone to quite heavy flooding. Efforts were made to control the floods in the 12th century as the monks wanted to protect their cultivable land. So they got help from Henry II Plantagenet to finance the building of an initial causeway, the Grand Levee of Anjou, which was the first of all the Loire Valley’s causeways.”
Later on, in the 14th century, the town stayed where it was up on the hill, but more to protect itself from the English enemy than from floods; it was the Hundred Years’ War and the hillside town surrounded itself with fortifications. Their remains include Saumur Town Hall, a fortified tower from which a watch could be kept on who was crossing the river and the bridge.
“The bridge was replaced in the 18th century; they hadn’t yet taken down the fortifications when they decided to build a great bridge, the Cessart Bridge which is still with us today, further away, at the confluence itself and most importantly outside the fortified town so as not to interfere with its antique, meandering layout. The town was provided with a major new north-to-south communication route.
The 18th century saw a rapid increase in economic activity on the river; all the Loire Valley’s towns had to be kept in supplies, as did Paris, and there was new traffic to and from the ocean. New houses were put up directly alongside the river, where the fortifications had once stood. Quays and slipways were built, amenities designed to speed up and improve commercial trading activities.”
Even though Saumur no longer uses the river as a major communication route, the city still maintains all the characteristics of a Loire-side town.