An essentially gothic castle symbolic of a city 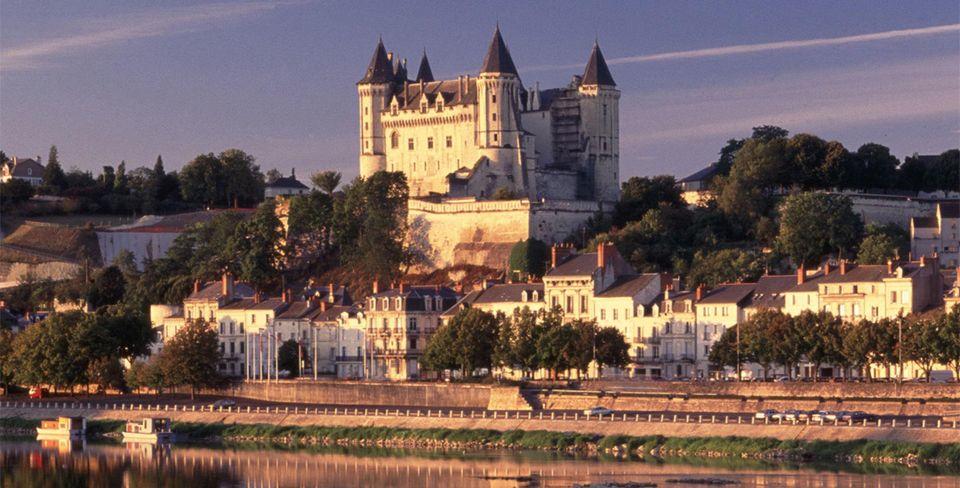 Château de Saumur may not look at all like a 12th-century fortress, but its lower part dates back to the days of Saint Louis.
“4 round towers that are still standing, connected by a curtain wall.”
Jacqueline Mongellaz, Castle Curator.
“So you’ve got the classic layout of a keep set inside a defensive ring.”
Up above, though, the style changes radically, with polygonal towers in evidence – it’s the castle built by Duke Louis I of Anjou in the 14th century.
“Saumur was a second château, a second home; so it was equipped with all the comforts to be had in the late Middle Ages – these large windows among them, some of which are three and a half metres high by around two metres wide and let in plenty of sunlight – and we’re in the 1370s and 80s here, not in the Renaissance at all as people often imagine. Everything is gothic.”
Even though it was a comfortable country seat, Château de Saumur had to be able to defend itself.
“As can be seen from the heavy iron grills on the castle’s lower windows, the drawbridges and the double surrounding wall. This was in the Hundred Years’ War, when the castle was given a makeover by Duke Louis I.”
The castle still had to defend itself in the 16th century, during the Wars of Religion. This time, it had to withstand artillery fire. The Italian engineer Bartolomeo, who was a real pioneer in such matters, built a star-shaped fortification around its base – very modern for the time, a hundred years before Vauban.
“When the fortification was built, it formed a sort of pedestal for the castle on the Loire side – this was right in the middle of the Wars of Religion. Saumur was just a Protestant enclave in a Catholic country, and the Protestants living in Saumur, where they were free to practise their religion, nevertheless knew they were in a precarious situation. This was before the Edict of Nantes.”
After serving as a prison under Napoleon and then as an arms depot, the castle was sold to the city of Saumur. Restoration and renovation is still the order of the day. The most recent major work was completed in 2007.