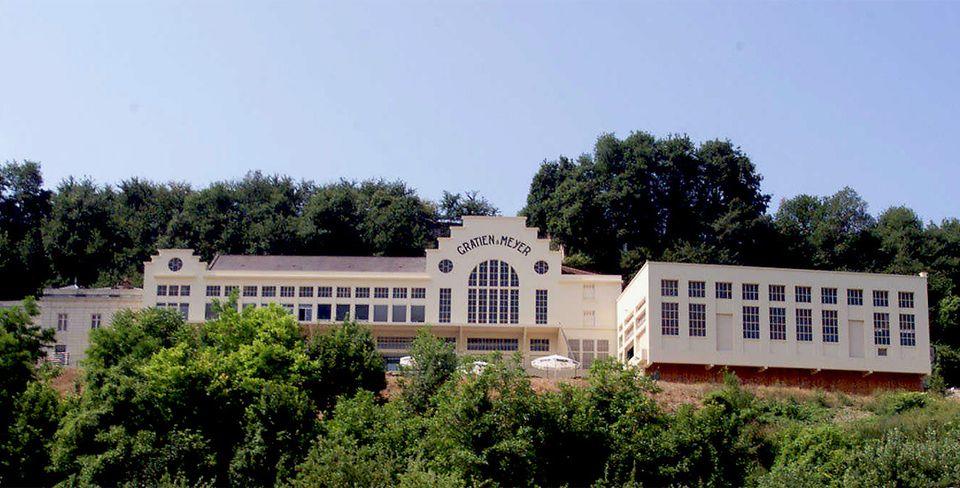 A huge building stands on the hillside to the south. It belongs to the Gratien-Meyer company, which produces Saumur Dry, a sparkling wine. Thierry Pelloquet, Heritage Curator in Maine-et-Loire, tells us how this Saumurois wine came into existence.
“Around 1811, a pioneer winegrower from Belgium by the name of Jean-Baptiste Ackerman set himself up near Saumur and used the old tuffeau quarries to try and elaborate wines using the méthode champenoise. He ended up winning quite a few prizes at French trade fairs. So, in the middle of the 19th century, in the 1850s, new entrepreneurs began setting up wine houses of their own to develop the Saumurois’ new “viticultural” industry. Of course, the Saumurois is well suited to elaboration of effervescent wines because of the natural conditions here, which are just right, not unlike what happens in Champagne.”
The natural conditions, soils and a suitable climate, as well as the tuffeau quarries, which were given a new lease of life.
“They were particularly well suited to elaboration of effervescent wines and the second fermentation process required; and they also provided plenty of space for storage and ageing of wine produced.
One of the key periods in the activity’s development began in the 1850s when the railway started to replace river transport.”
And Saumur Dry was dispatched to Paris and everywhere else in France.
“And the major commercial ports could be supplied too; the activity expanded, with wines exported to such places as France’s African and Asian colonies, as well as North and South America and Russia. Saumurois wines came to be exported all over the world.”