Convent of the Minims 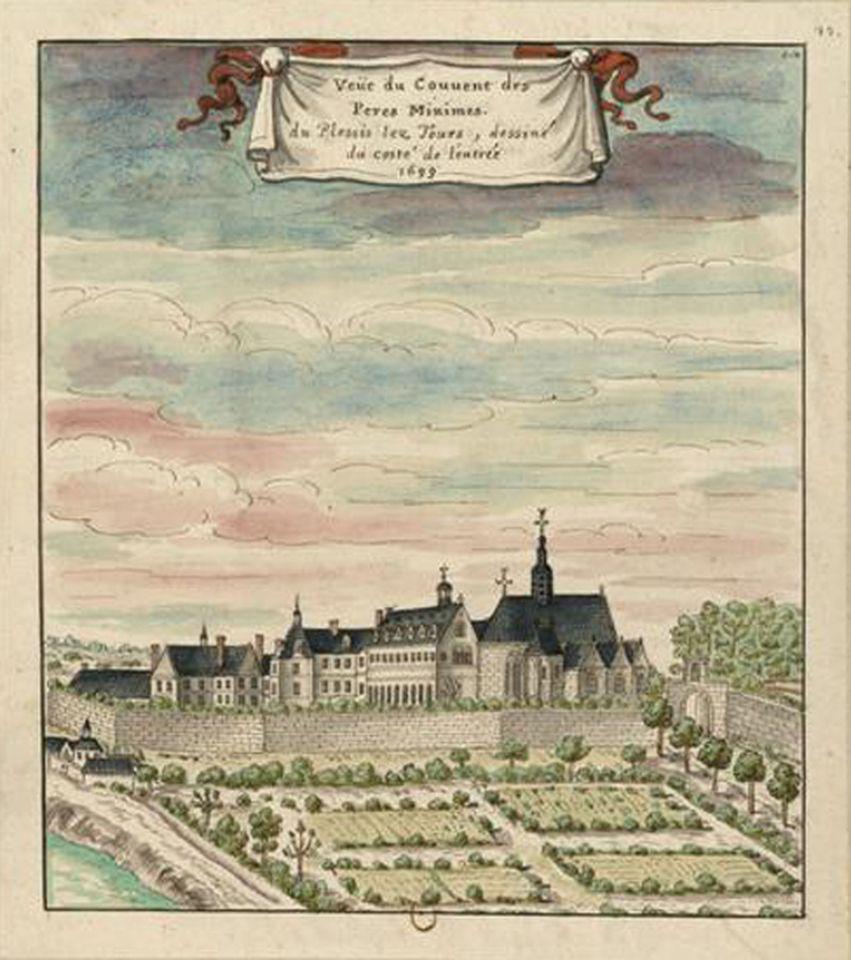 The Convent of the Minims to the north of the line was built by Saint Francis of Paola; work on its construction started in 1489, partly financed by Charles VIII. Louis XI summoned the Order of Minims’ founder come to Touraine a year before the monarch’s death in 1483, in the hope of finding salvation through the saint’s prayers. The convent originally consisted of a church with cloister, a refectory topped by fourteen monks’ cells, oratory, chapterhouse and sacristy, kitchens and storerooms, a chapel, Saint Francis’ quarters and two prisons for the monks. The church was enlarged in the 16th century and the convent’s influence reached its peak in the 17th century. The church was destroyed during the Revolution and the other buildings, left in ruins, were razed before the end of the 18th century. In 1877, a neo-gothic chapel was built on the site of Saint Francis of Paola’s grave but never completed. In 2008, a fire destroyed much of the remaining 17th-century building. Nothing is left of the convent today except a surrounding wall, the damaged building, the chapel and an 18th-century octagonal tower.