Saint-Michel-sur-Loire, a village on a bluff

Human settlements in the Valley come in many and varied forms. 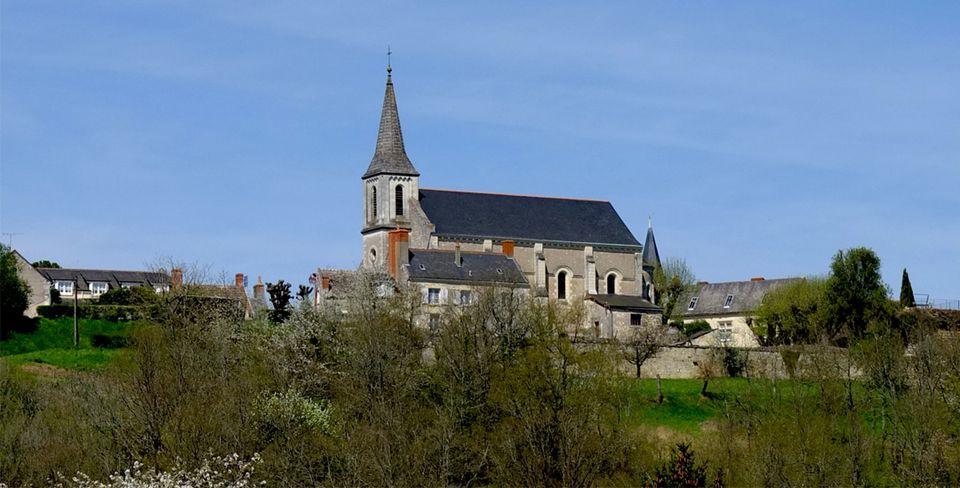 Perched atop the hillside you can see the church of Saint Michel-sur-Loire, dedicated to the patron saint of high places. The original church was a Romanesque edifice built in the second half of the 10th century, adjoining the castle. The present church was built in 1860 on the foundations of its predecessor.
The village of Saint-Michel-sur-Loire’s location reminds us that many of the earliest villages were founded halfway up the hillsides, so providing protected habitats.
In Touraine, the remains and excavation of various oppida have led us to suppose that the Gauls tended to build their villages on promontories, whether natural (like the hillsides) or artificial (created, for example by constructing kinds of earthen embankments reinforced by frameworks of interconnected beams.) It has been shown that the earliest Gallic roads were built along the edges of hillsides, requiring users to cross valleys and giving them a hard climb back up again.
The roads built later on by the Romans lay along the foot of the hillsides, running alongside the banks, following rectilinear, horizontal routes. So villages gradually came down from their promontories and set themselves up alongside the Loire’s banks.