A 15th-century residence open to its environment 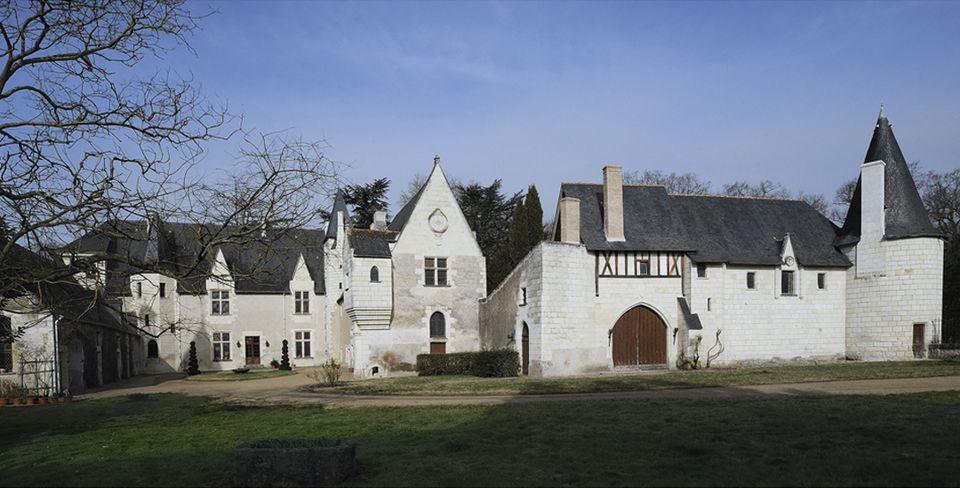 “What we call a manor is a seigneurial residence that also acts as an agricultural concern; the manor house is simply the bridgehead of an active farming estate.”
Launay Manor as it is today owes a great deal to Duke René of Anjou, who was also overlord of Lorraine and Provence, where he was nicknamed “Good King René”, as, in the middle of the Hundred Years’ War in the 15th century, he much preferred the arts, literature and partying to battles. He made Launay Manor a residence in his own image. Let’s have a closer look at it in the company of Maine-et-Loire Heritage Curator Thierry Pelloquet.
“Launay Manor is typical of the architectural style that developed in the Loire Valley over the second half of the 15th century. Properly speaking, it’s no longer defensive, military architecture, closed off to the outside world; it’s a style open to nature and its surroundings, architecture aiming for greater comfort, with smaller rooms, often equipped with fireplaces and large picture windows providing views of the landscape outside.”
Launay Manor is the very opposite of official residences where ceremony gets in the way of pleasure.
“His country residences provided the King with welcome breaks from his busy everyday life. They were refuges where he could enjoy a little privacy and devote himself to poetry or simply contemplating the landscape. King René often had small gardens laid out, lodges and arbours built and aviaries created – in short a leisurely country ambience on the banks of the Loire.”
In King René’s day, this was still a somewhat unusual way of living, but it was to gain a following.
“You might say that King René was a precursor of what would blossom into the Renaissance in the early 16th century. Between 1450 and 1500 or thereabouts, numerous such residences began making their appearance in the Loire Valley between Angers, Saumur and Tours.”