A typical Loire town born of the river and its Valley 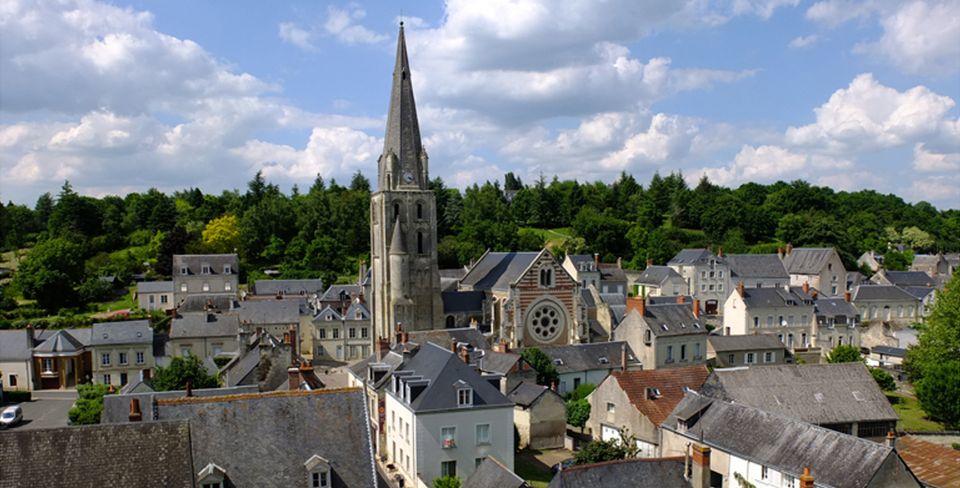 Located on the north bank of the Loire and crossed by two of its smaller tributaries, the Roumer and the Breuil, the little Ligerian city of Langeais numbers some 4000 or more inhabitants.
It is one of Touraine’s oldest towns, known as Alingavia in Gallo-Roman days.
In the 4th century, Saint Martin, then Bishop of Tours, had a first church built there dedicated to Saint John the Baptist. The oldest parts still standing today are the chancel and apse, which date back to the 11th century.
Langeais was of considerable strategic importance during the High Middle Ages, around 1000 AD, when the Duke of Anjou (Foulques Nerra) and the Count of Blois (Odo I) disputed the overlordship of Touraine During the Hundred Years’ War, the town was taken by the English, who plundered its surroundings and only left after the city of Tours ransomed it for a substantial sum.
The 16th-century houses grouped around the château include one known as “Maison de Rabelais” as the great writer and scholar is reputed to have lived there.
Langeais’ development was closely connected with the river and its tributaries, and use of the natural resources available in its surroundings.
Three bygone features bear particular witness to this:
The crops grown on the south bank’s alluvial plain – market garden produce in earlier days, later giving way to such yields as hemp (hemp seeds require wetlands in order to germinate).
The tanneries active alongside the Roumer in the 16th century, which continued to prosper in the 18th and 19th centuries. The last tannery shut down in 1962 to make way for a car park for the château.
Clay mining in Rouchouze (a nearby hamlet) in the 19th century; the pits produced clay that was highly resistant after firing and Langeais earthenware gained an excellent reputation. It remains of considerable interest to today’s collectors. This high-prestige activity went alongside manufacture of bricks and tiles and the practice of related traditional professions, which were key factors in the local economy well into the 20th century.