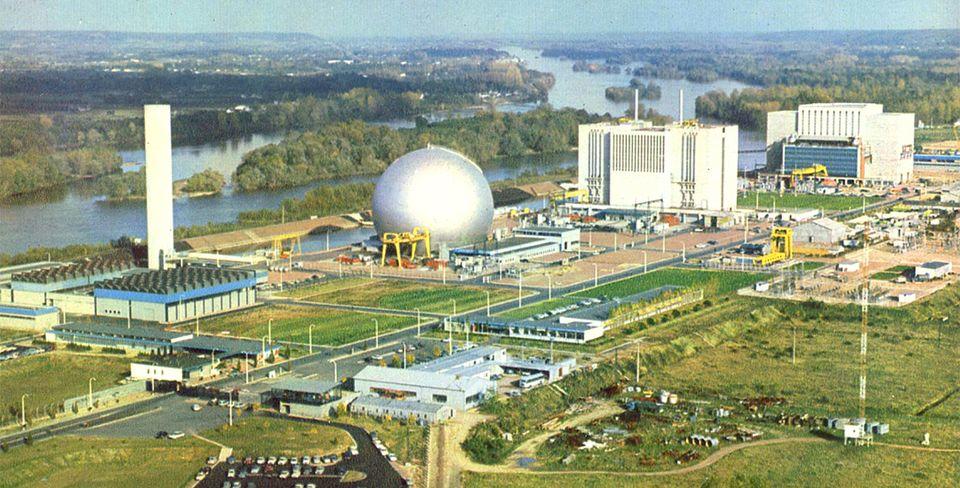 Those plumes of white steam beyond the fields, woods, meadows and river come from the Chinon nuclear power plant, the first to be built in France and one of the 4 plants dotted alongside the Loire. The first reactor was completed in 1963, shaped like a great silver sphere. It is no longer in service and now houses the Atom Museum.
As for those white plumes, they come from the plant’s cooling cycle. Water droplets forming Loire clouds, if you want to put it that way...
-So, how does it work?
First and foremost, a power plant is a reactor for nuclear fission of uranium.
The reactor heats the water, which turns to steam that, under pressure, turns the turbines of an alternator; it’s the alternator that produces electricity.
But you also need water to cool the reactor – cold water this time, which is drawn from the Loire. When it has done its duty, it has to be cooled down again before being returned to the river – that’s the job of those famous cooling towers: they simply use the air currents rising inside them. -Draft, like a chimney, you mean?
Yes, and you can see the water that evaporates into the atmosphere …those plumes of steam!
-It’s not radioactive?
No, because the water is not in direct contact with the reactor...
-And what about the towers, you can’t see them, can you?
No, their height was limited so as keep the landscape as it was.
As for those plumes of steam, amateur meteorologists can use them as barometers. Depending on the weather, you can sometimes see them from miles around; if they aren’t as big as usual, that means… -er...that the air is dry?
Exactly. And they indicate wind direction too, like giant weathervanes!