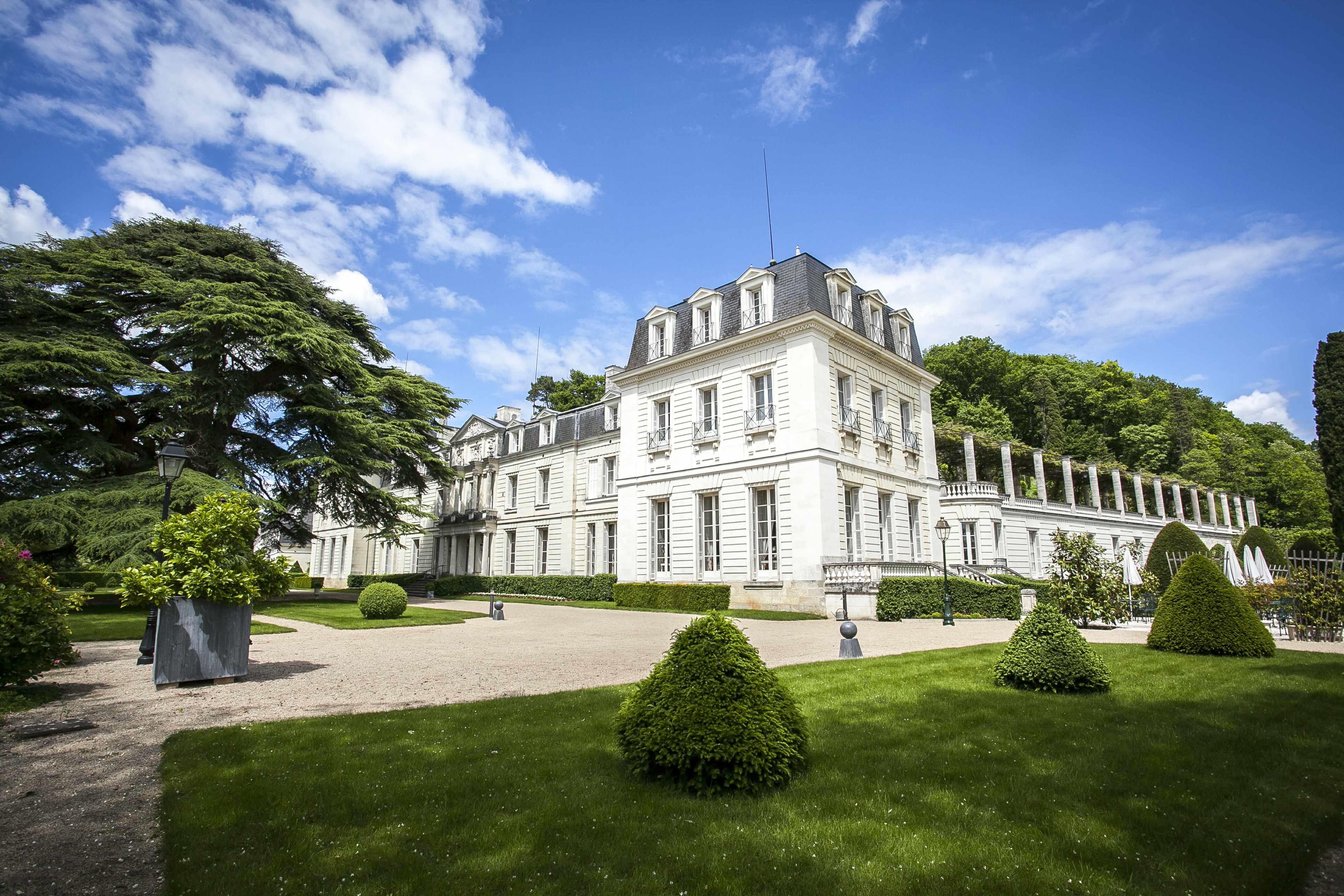 A château flanked by a chapel and columned terraces stands on the wooded hillside to the north. This is Château de Rochecotte, and we get a sideways-on view of it as its frontage faces west.
It was built on the site of a 15th-century fortress no trace of which now remains.
Like Chaumont, Brissac and a good many other of the Loire Valley’s châteaux, it once provided holiday accommodation for the denizens of high society.
In the 19th century, it was marked above all by the presence of two great names of the day, the Duchess of Dino and her lover Talleyrand.
Probably rebuilt in the 18th century, the château underwent major modifications after 1828 at the hands of the Duchess of Dino. The chapel was built in 1840, replacing the bedchamber once occupied by Talleyrand. The château comprises a main building rising between a pair of square pavilions. A wing set at right angles to the east of the south pavilion is made up of a single storey topped by the terrace you can see. “I’ve got a real passion for Rochecotte; it’s mine, it’s the most beautiful view and the most beautiful place in the world; and finally, the air there lets me live without fuss, and then I arrange, rearrange, embellish, appropriate… I’ve well and truly taken to country life.” The Duchess of Dino.
Talleyrand paid regular visits to Rochecotte, which wasn’t far from his own Château de Valençay in Indre. The great statesman’s presence is even evidenced on its walls. The façade’s central bay boasts two superposed porticos with four columns, supporting a triangular pediment sculpted with Talleyrand’s coat-of-arms borne by a pair of eagles.
Balzac and Adolphe Thiers were among the other great names that visited Rochecotte.