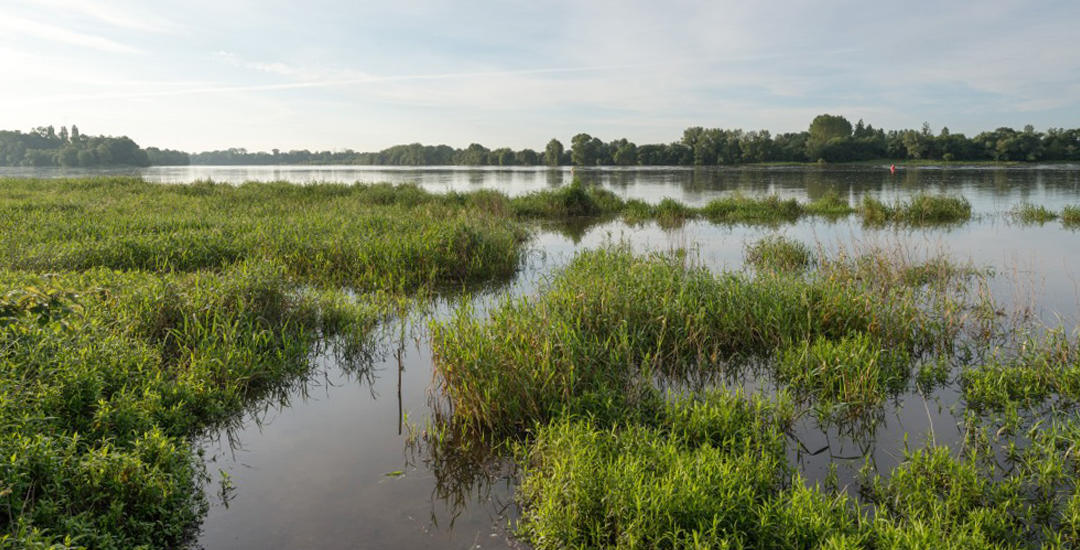 The river valley’s alluvial grasslands are low-lying areas subject to the Loire’s occasional tantrums; they’re floodable, which determined the use humankind made of them. Pastureland scattered with ash trees, which has left a network of bocage hedgerows behind it. The Loire Valley’s alluvial grasslands are mostly classified as Natura 2000 zones and are therefore protected. Loïc Bidault, Director of the Loire Anjou Touraine Regional Nature Park, explains why.
“Floodable alluvial valleys like these harbour some often very rare species – birds such as the corncrake, which is very much dependent on what are known as hay meadows, and is rather sensitive to other farming practices.”
Protected areas are not necessarily isolated from change. Landscapes can evolve.
“We see changes every year; islands in the Loire disappear and others resurface, pebble beaches are uncovered, that’s the natural order of things; and beyond the natural order there’s the strictly human order, with farming practices that may also modify the landscape.”
But how far can you allow the landscape to be modified?
“The risk is basically the loss of impetus we’ve seen in stockbreeding and a search for other ways of using the land instead, such as intensive farming of crops like maize, other semi-intensive activities, planting poplars and so on, and so the idea, the image people have of the Loire’s landscape can change quite a bit. That said, it’s a question of using your judgement – this or that changes it, but does it harm it or not? It’s another landscape. If you just leave it to itself, the landscape might simply grow wild, and a completely wild landscape isn’t the image people have of the Loire Valley either, where the hand of man has always been present, where human activities are carried out in a balance between the natural and the cultural, as has always been so in our landscapes.”