A remarkable view and a rendezvous with history 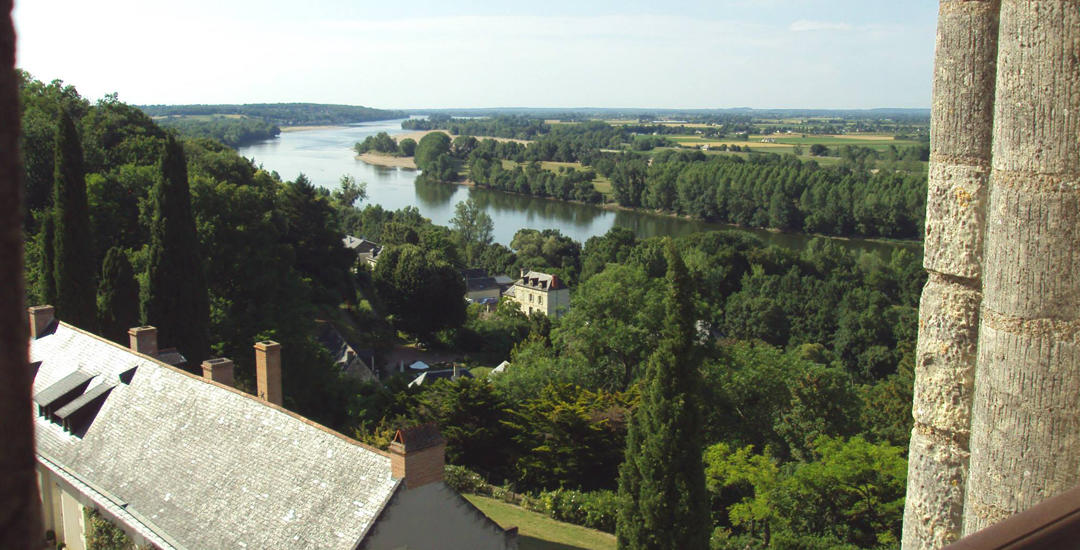 Saint-Eusèbe church stands on a promontory on top of the hillside to the south of the line, 40 metres above the river.
There are really remarkable views to be had from its tower’s platform, up to 40 km around when the weather’s clear.
However, the church’s lofty location did it no favours during the last war.
In June 1940, the Saint-Eusèbe promontory and the villages of Gennes and Les Rosiers were the scene of fighting between the German army and cadets from Saumur’s Cavalry School, and the Germans bombed Saint-Eusèbe church’s bell tower, which acted as an observation post; they destroyed the 15th-century spire and seriously damaged the building, restoration of which began while the war was still going on.
The spire, freshly rebuilt in Sireuil stone, was destroyed once again on 24 August 1944, along with the north gable and stair tower.
The memory of the cadets killed in the fighting of 1940 is kept alive by commemorative plaques on the church walls.
These days, the restored site is used as an exhibition venue in July and August. The church could be said to be revisiting its past, as it was abandoned under the French Revolution and spent some time serving as a museum.
The west part of the old church, its Romanesque chancel and transept, is still standing. The nave is partly in ruins, but the south wall, which probably dates back to the Carolingian era, is reminiscent of Roman art, with regular alignment of small dressed tuffeau stones and rows of brickwork.