The Authion Valley, France’s own polder 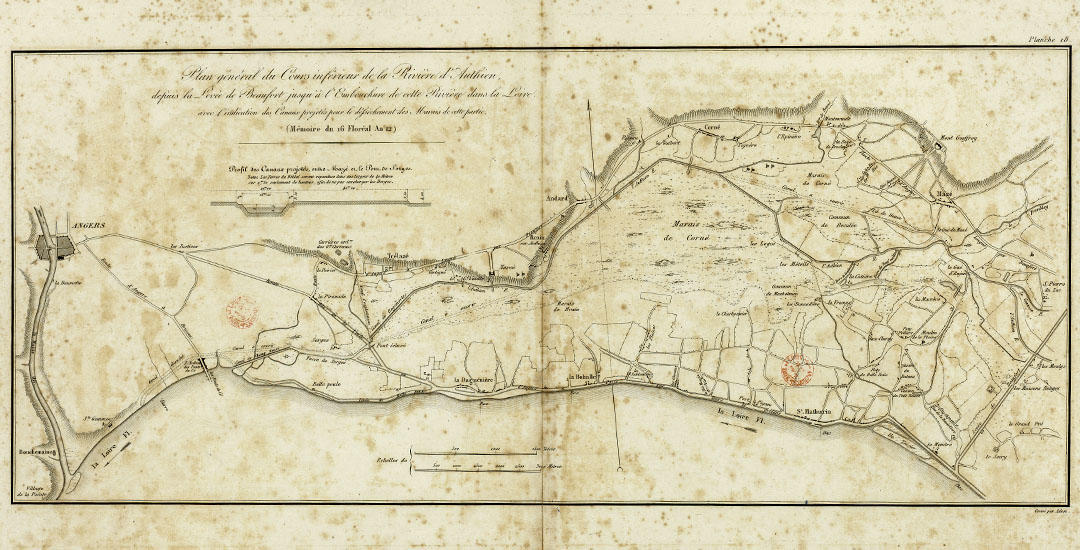 ﻿ The Authion Valley, France’s own polder

From Touraine to the gates of Angers, the Authion Valley is a river polder, land won from the river, a polder with the largest surface area in France. It covers close to 35,000 hectares and accommodates just over 50,000 inhabitants.


“It’s a real economic boon for this part of the Loire, which is essentially devoted to farming and seed production, with high added value due to the soil, most of which lies on the river’s floodplain.” The one problem about being on the Loire’s floodplain is that the river tends to spill into the Authion Valley when it overflows its banks – at least, it did up until the 1970s. “Monsieur Pisani, who was Minister of Spatial Planning at the time as well as Mayor of Montreuil-Bellay, joined forces with local government officials in the Authion Valley to do something to stop flooding occurring on an almost yearly basis.”


They drew inspiration from the Netherlands, a quarter of which lie below sea-level. That’s where they found the answer to the problem. “That’s what was done in 1972 – creation of a drainage station at the entrance to the municipality of Ponts-de-Cé. It has the single essential task of pumping surplus water out of the Authion Valley and back into the Loire, whatever its level. So since 1972, the area hasn’t suffered a single flood.”


Water levels are monitored in real time, so drainage pumps are activated immediately when required. “The plan wasn’t carried out without controversy, without problems arising. Because it wasn’t just setting up a drainage station at Ponts-de-Cé, it also meant redesigning the entire Valley in terms of its hydraulics, rethinking land division, digging small channels and setting up small pumping stations to irrigate the Authion Valley’s total horticultural and vegetable production.”


But the economic stakes at play made it all worthwhile, as the Authion Valley now accommodates nurseries with international reputations. “Pisani’s idea was to move all the nurseries around Angers to the Authion Valley, which he wanted to make what he called ‘his little Holland’”.