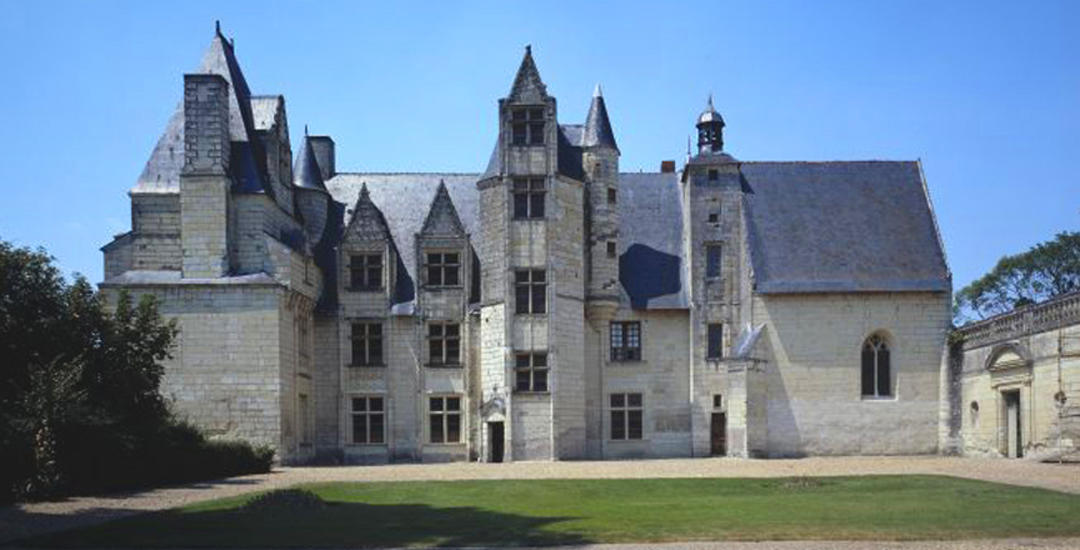 In Saint-Martin-de-la-Place, behind a curtain of trees to the north of the line, you can see Château de Boumois, which dates back to the 16th century. The first castle built here, though, was a wooden fort put up by Roisnard de Boumois around 1026. It was most probably rebuilt in stone a century or two later, but its remains now lie beneath the waters of the Loire.
“The Anjou Valley would seem to have been rather an inhospitable region due to the frequent flooding of the Loire in the High Middle Ages, but actually there were already settlements there, on the hillocks known locally as “montils”, and there were castles too, like the ones at Longué and Avoir, which were built in the valley.”
Christian Cussonneau, former researcher at the Pays-de-la-Loire Inventory Department.
“The castle in Boumois was probably built on a small mound alongside the Loire. It’s possible that the river widened to the north over the course of the centuries and the castle was surrounded by its waters and party demolished, which would explain why they had to change sites in the following centuries and build a new castle in the early 16th century on the other side of the 12th-century Loire causeway, in a new location.”
The construction of the causeway led to considerable reorganisation of the Loire’s banks.
“The Great Levee of Anjou was built during the second half of the 12th century, at the request of the Count of Anjou’s vassals because the Loire flooded the valley’s lands every year and landowners naturally wanted to farm their properties without having to deal with annual floods. When they built the levee in the 12th and 13th century, right up to Saint-Martin-de-la-Place, the Count of Anjou and King Henry II of England brought in army veterans to help build it and maintain it.”
We know all about the château’s history thanks to the 16th-century building contract conserved in the archives. And Boumois is archetypical of Angevin architecture of the period.
“You might say that Boumois is Anjou’s last gothic château; it’s typical of Angevin architecture in the latter half of the 15th century, even though it was built between 1520 and 1525, it’s still very much in the Angevin gothic spirit of the second half of the 15th century, and is most likely symbolic of Angevin conservatism in the early years of the 16th century.”