River, valleys and plateau, a structured area since the Middle Ages 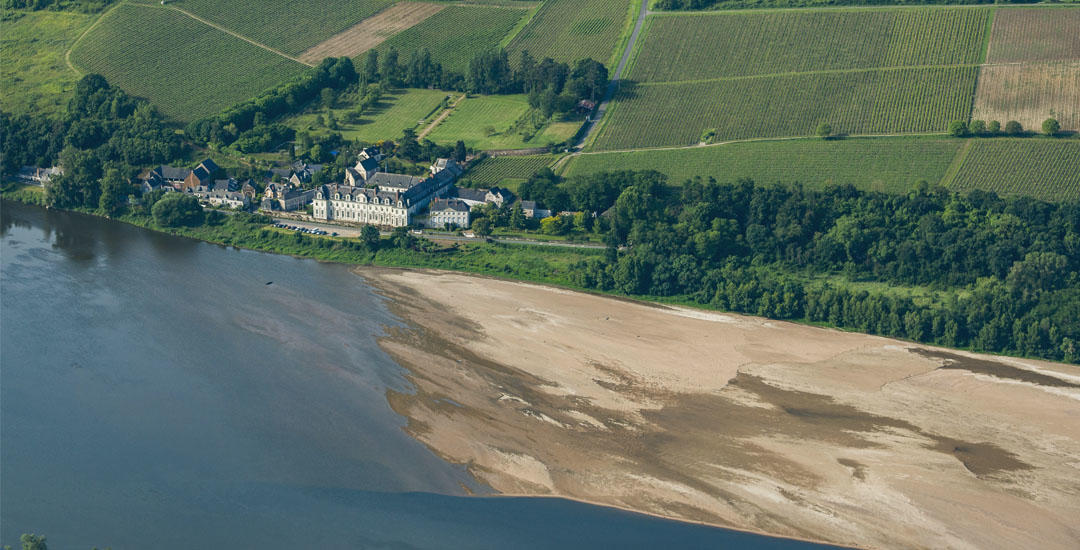 To the north, between Les Rosiers and Saint-Mathurin, lies the Authion Valley; no relief to speak of apart from the Grand Levee protecting floodable lands. To the south, however, the hillside stands out clearly enough.
“What we call the Saumurois hillside divides up into two major parts.”
Thierry Pelloquet, Heritage Curator and Manager of the Maine-et-Loire Inventory.
“From Montsoreau to Saumur, it’s a white limestone hillside that can reach heights of up to 40 or 50 metres, while one the other side, roughly speaking from Saumur to the gates of Angers, to Saint-Rémy-de-la-Varenne to be more exact, it’s less visible; what you’ve got is a wooded landscape with an agricultural plateau in the background.”
There aren’t many houses on the hillsides as the space is needed for vines and other crops, but there are a few buildings nonetheless, that have been there a long time and whose locations were carefully chosen.
“The entire hillside has been under the hand of mankind since medieval days and before; what I mean is, from Montsoreau to Saint-Rémy-la-Varenne, a series of little valleys cut their way through it, acting as passageways between the hillside and the Loire. Human settlements sought strategic locations, that’s to say, high up, overlooking the valleys, overlooking the Loire. They built castles, like Château de Saumur for example, and ecclesiastical edifices too. You must realise that, particularly in medieval times, lords were sometimes laymen and sometimes ecclesiastics. Gennes church in particular, or the former priory in Chênehutte for example – they stand out, signal their presence in the landscape.
They wanted to control movement; that was the strategy. They tried to keep watch on who was travelling on the Loire, of course, as well as travellers using the road along the foot of the hillside which could be used for a part of the year, and at the same time, they wanted to keep an eye on who was coming down from the plateau via the little valleys; so human settlements were located at the crossroads of these various communication networks so as to keep a lookout for possible enemies as well as monitor commercial and economic activities on the road and river networks.”