The landscape between Cisse and Loire

The landscape is made up of hillsides, dips, bulges and “montils” (mounds). 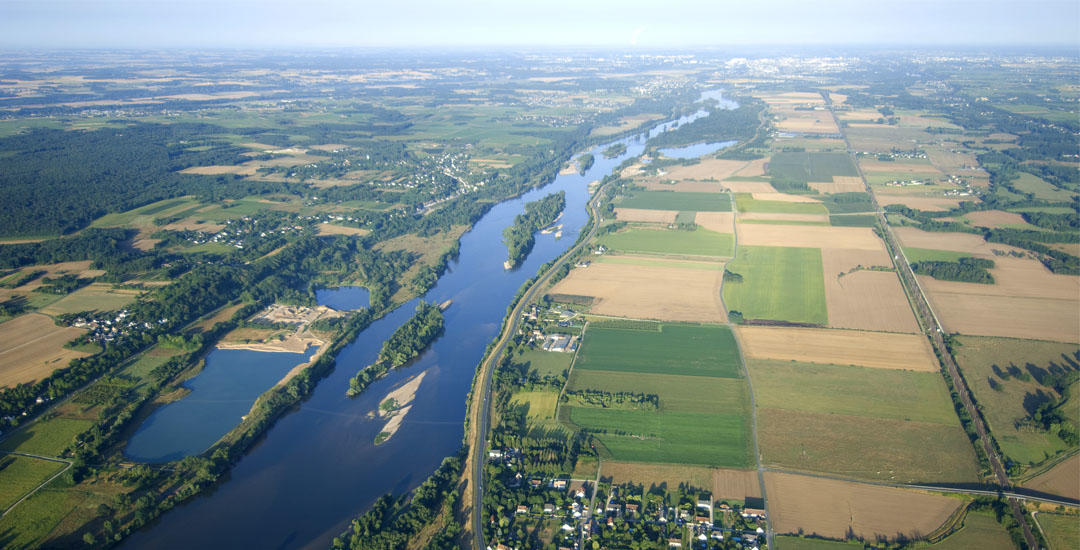 ﻿ The landscape between Cisse and Loire

The view from the train is set far enough back to give us a general overview of the landscape. To the north, the wooded line of the hillside stands out against the horizon; all lines here are parallel, just like the rails we’re rolling on, parallel to the river. It was the Loire itself that organised the landscape.


Franck Lellu, Sites and Landscapes Officer at the Regional Directorate for the Environment, Orleans.


“To the north, the hillside – a hillside topped by the winegrowing plateau – enjoys full southern exposure, which led to the building of the many fine aristocratic and bourgeois residences that grace its slopes as far as Blois. At the foot of the hillside, a gentle dip, the result of flooding and shifts in the river’s course across its floodplain, forms a gutter that’s also orientated east-west, and into which the river Cisse flows, following the hillside and joining the Loire in Vouvray.
The bulge in the land between tributary and river – itself orientated east-west – is the result of alluvial deposits that have created a slight increase in height, expressed in the landscape by rather different human use of the soil than in the lateral dip, the “gutter” at the foot of the hillside, which is cooler, a wetland ideal for stockbreeding, with grasslands, bocage, and a few poplar groves, in contrast to the middle bulge, which is slightly drier and mostly used for crop farming in more open fields. The bulge is dotted with little mounds no more than 1 or 2 metres high, what we call “montils”. They may be none too evident but you can make them out nonetheless because that’s where settlers in the Valley decided to build their homes.


“There aren’t any villages between the railway line and the hillside. There are only a few hamlets, set quite close together as there are not necessarily any connections with villages , which mostly lie at the foot of the hillside – sometimes they consist of not much more than a single farm.”