The village of Montjean sur Loire 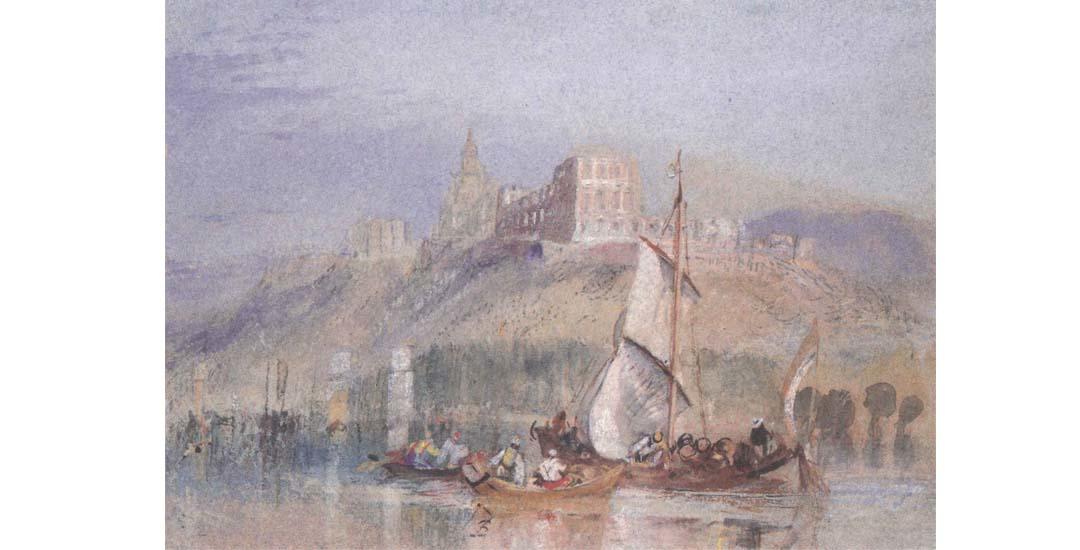 Montjean-sur-Loire is not only an inspiring headland for painters like Turner, but it also has a rich industrial history and as a port.
To begin with, there was coal at Montjean-sur-Loire… You could think that digging up your garden, meant you were digging up coal since you might be in the upper part of the coal layer which is, in short, practically vertical at Montjean. There are layers which come one after the other from the bottom of the River Loire all the way up to the hill leading up to the church.
Philippe Cayla, a Geographer, goes over the development of this industry.
Coal began to be exploited during the Middle Ages, maybe quite simply for the forges. Then it was mainly during the 17th and 18th centuries that production developed considerably to cope with the demand for the lime kilns. A lime kiln is a sort of vertical furnace, 10 metres tall and around 5.60 metres in diameter, or at least those dating from the 18th century were anyway. They allowed you to bake the limestone, extracted from neighbouring quarries. The combustion of this very hard limestone created quicklime, the lime used by builders which is mixed with sand to produce mortar. The next discovery was that putting this baked lime on the acidic fields of the west Armorican area, in Anjou as well as in Brittany, produced a small miracle: where before only oats could be cultivated, rye for making bread and wheat could grow, as if by magic, and as a result the food situation of the populations at that time changed. This is also the era called the “agricultural revolution” and Montjean provided boats, loaded with lime it had baked, on a grand scale to the whole of the west Armorican area. These boats went down the River Loire and then of course down the canal from Nantes to Brest (finished in 1838-1840), spreading out across Brittany. So at Montjean there is a Loire fleet orientated downstream.
The boats were made to fit through the locks of the canal between Nantes and Brest; they had to go practically up to Port-Launay, to the edges of Brest harbour. They had to transport as much merchandise as possible, around 100 to 120 tonnes of lime per boat which could be taken in one go. We still have statistics from before 1914, which show that about 320 boats loaded with lime were leaving each year bound for Nantes and in particular Brittany.