Nantes, a city of urban transport

A pioneering city for mobility since the 19th century 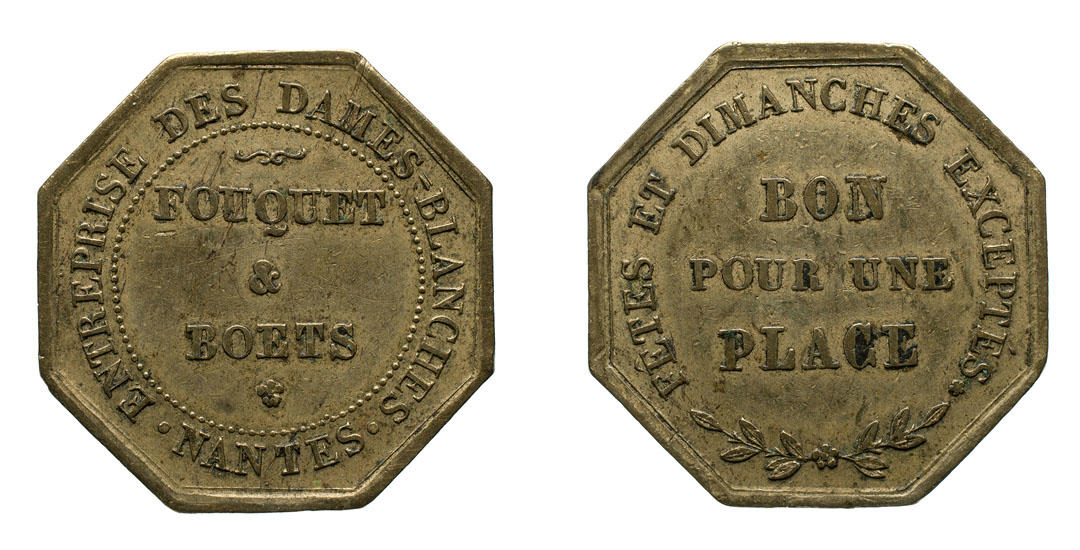 In Nantes, the train, bus, tram, tram-train all come together around the train station. Nowadays we call that a multimodal terminal…
The city is seen as a pioneer in the history of urban transport. In fact in 1826, the first public transport line was born here. We owe that to a patron of Nantes, Étienne Bureau. It was designed for his workers and took them along the edge of the River Loire, to the offices of his business in the centre, up to the Salorges warehouse on the port. The word “omnibus”, meaning transport for all, was named after the hatter’s shop the carriages would park in front of, “Omnès omnibus” which belonged to the Omnès family.
That same year, Stanislas Baudry, a public baths entrepreneur, offered a 16 seater-horse drawn carriage service, but this time it was for his clients… It was an immediate success, not just for the baths… but also for transport in general! Two years later, in 1828, he founded his company, Entreprise Générale des Omnibus, and opened one of the first urban public transport companies in the world! A service transporting travellers! It was an innovation which would develop thanks to the techniques of the industrial era. In 1851 the railway arrived in the city.
And 25 years later the town council would develop a unique public transport network… They didn’t vote for an American tramway pulled by horses… No, mechanically-drawn was much cleaner. The town council entrusted the Société des Moteurs à Air Comprimé, the Pneumatic motor company, with the installation of the first system involving a “traction engine powered by a pneumatic motor”. The service was launched and, before the end of the century, it caused the omnibuses pulled by horses to disappear. However, this environmentally-friendly mode of transport was then transformed to being electrically-powered, just before the First World War. And that’s not all! Until 1958 the Nantais, the people of Nantes, benefited from a regular steamboat service. But, like the tramways, they would be replaced by buses and cars, before Nantes, once again one step ahead, chose to have trams again during the 1980s!