Making allowances for the water to control flooding 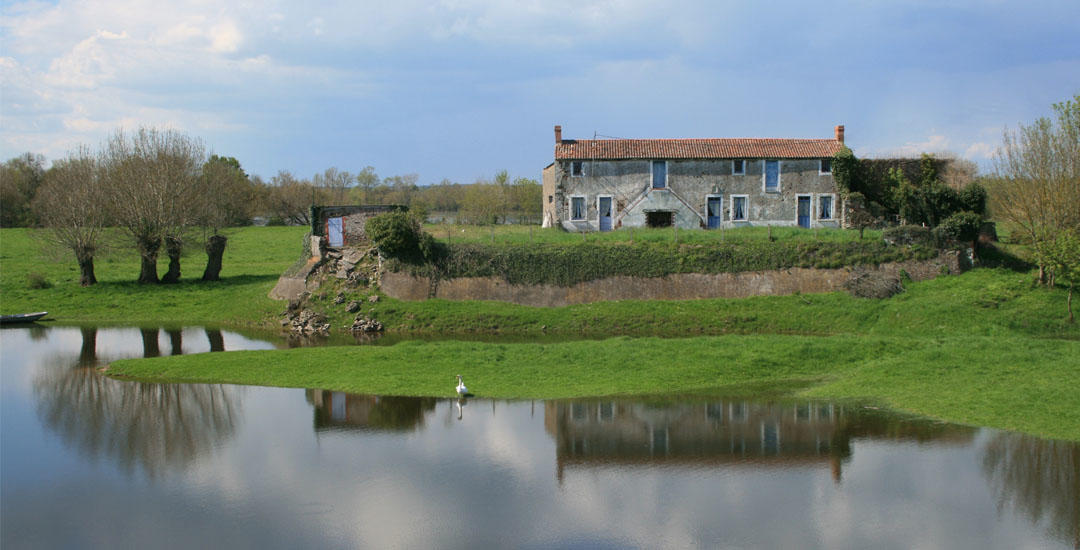 Here, at la Possonnière, the train follows the north bank of the River Loire. Opposite, on the other side of the river, is the Corniche angevine, with Rochefort sur Loire built on the hillside…
Between the north and south banks is a floodplain. It’s a floodable area corresponding to the river’s floodplain, the area which the river would cover at its highest point. Travelling on the River Loire has never been easy in any period and there have always been attempts to make it easier. For example, if you make the river less wide, the water level increases and so boats – barges – can travel more easily. Therefore levees were built to coerce the flow of the river, to narrow it. To start with this was to aid travel as much as to protect the inhabitants of the Loire. But there aren’t any levees here. The river is free here. Free to take up all the space it needs in the event of flooding. The great feature of this vast flood plain is that it allows for the relief of downstream and upstream. In the event of a flood, water flows into an area which doesn’t have any essential human equipment, gradually filling the space, and then it later drains away, once the water level has dropped.
The flood wave is slowed because the water can spread out. This is the very principle of flood storage areas: master the flood by letting it have its own space back because water can’t be reduced. Its volume, speed and, as a result; its pressure threaten the levees: water infiltrates them and gets into the most fragile places. A levee being breached has much more serious ramifications than a flood when people live behind it. For the record, in 1910, a levee was breached generating a tidal wave which took the rails of the Angers-Nantes railway away with it. By using storage areas, the developers of the River Loire have taken into account the risks so they can reduce the economic and human costs of the floods. They are “making allowances for the water”.