The cultural landscape of Aranjuez [Our heritage]

With its sinuous waterways which contrast with the straight lines of the geometrical rural and urban landscape, its wooded landscapes and the delicately-modulated architecture of its palace buildings, the cultural landscape of Aranjuez (Spain) reflects the complex nature of the relationships that develop between humans and the natural environment.

For three hundred years, the royal family has been committed to developing and nurturing this landscape which has successfully integrated both the features of an 18th-century French garden in the Baroque style and those of an urban lifestyle, alongside scientific research into botanical acclimatisation and animal husbandry during the Age of Enlightenment. Concepts such as humanism and political centralisation which emerged during this period have also influenced this landscape in their own way. 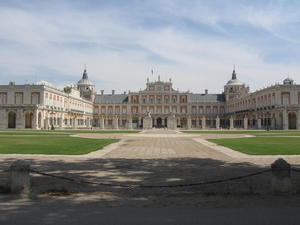